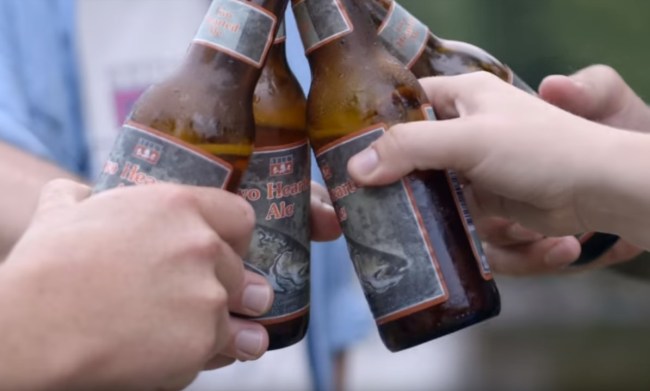 Coke vs. Pepsi. Sparta vs. Athens. Björn Borg vs. John McEnroe. Apple vs. Samsung. Wile E. Coyote vs. Road Runner. Yankees vs. Red Sox. Magic vs. Bird. These are some of the greatest rivalries in the world. You can add Bell’s vs. Russian River to the list. The two world-renowned breweries met again in the Best Beers in America list. Zymurgy, the magazine by the American Homebrewers Association (AHA), surveyed approximately 4,000 homebrewers to find the greatest brew in the grand United States of America. In the end, the top two beers came down to Bell’s Two Hearted Ale and Russian River’s Pliny the Elder at the 16th annual Best Beers in America.

The beloved super dry and hoppy Pliny the Elder double IPA had won the prize for AHA’s best beer in the country for eight consecutive years, but was dethroned last year by Bell’s Two Hearted Ale. In this year’s competition, Bell’s Two Hearted Ale won the award for best beer, edging out Russian River’s Pliny the Elder. The Two Hearted Ale is a hoppy IPA hop with pine and grapefruit aromas, but a caramel, malt backbone keeps this beer from being too bitter. Bell’s also snagged fourth place for their Hopslam. Alchemist’s Heady Topper came in third place. All of the top four beers were IPAs.

The Michigan-based Bell’s also won the award for the Best Brewery in the nation, meanwhile, Russian River Brewing Co. from the wine country of Santa Rosa, California came in third. The rivalry continues.