Ben Affleck Rips The Academy For Not Nominating His Acting Or Directing In ‘Argo’, Which Won Best Picture 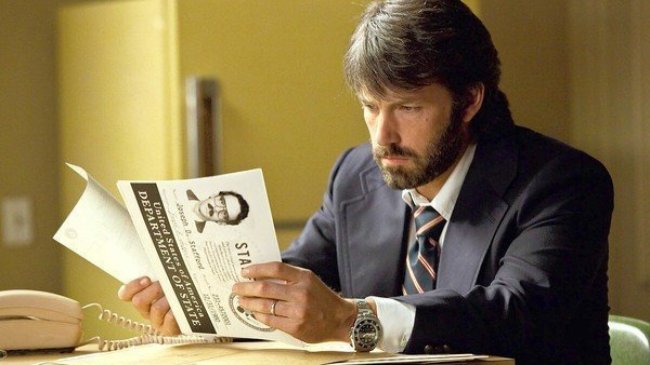 Back in 2014, Ben Affleck culminated his return to the top of Hollywood when his third directorial effort, Argo, won the Academy Award for Best Picture.

However, despite taking home the top prize at the Oscars, the film was bizarrely ignored in other major categories, specifically Best Actor and Best Director (a Best Picture film not scoring a nomination for Best Director is extremely rare).

While it’s now been over half a decade since the bizarre Academy Award, Affleck is still clearly annoyed by the decision, as he recently detailed his frustrations in an interview with Howard Stern.

“It was the big snub, right? That really taught me a lot. I did everything they told me. They told me, ‘You got to kiss the babies.’ And I schmoozed everybody in the world right. Part of this [is] because you’re the director, but truth is, I wanted it. I wanted it and most people, I think they are probably not totally honest. I wanted it and I wanted it for that reason,” Affleck told The Howard Stern Show.

“And then, and everybody told me, ‘Oh you’re gonna win.’ It wasn’t, ‘You’re going to be nominated.’ It was, ‘You’re a lock.’ So of course I get up that morning, go sit in front of the TV. And I did assume I was gonna get nominated. You know what, because everybody said I would. So all these people must know. And they read those names, and I remember thinking, ‘It’s never gonna happen. I’m never gonna get it.’”

Affleck then summed up his feelings quite succinctly, saying “We had Editing, Score, Picture. The only guy who fucked up was the lead and the director? I can do the math on who the asshole is here.”

Unfortunately, Affleck is absolutely right, as the Academy Awards are just as much of an exercise in politicking as it is in rewarding excellent cinematic art.

RELATED: Ben Affleck Responds To Criticism Of His Alcoholism/Jennifer Garner Comments, Says They Were Taken Out Of Context