Ben Affleck Is Great With Snails 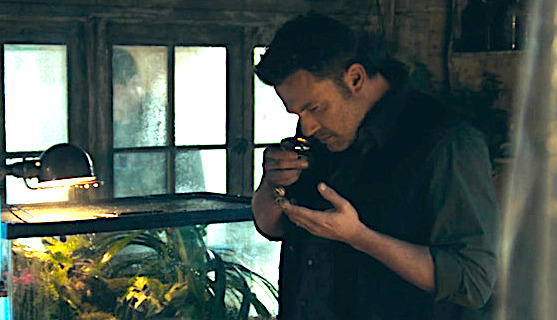 Ben Affleck has one of the most fascinating A-list careers in Hollywood. Just look at the projects he’s appeared in over the last 12 months, for example.

First came a redemptive appearance as Batman in Zack Snyder’s Justice League. He followed that up with a truly gonzo role in Ridley Scott’s The Last Duel before giving what some thought should’ve been an Oscar-nominated performance in The Tender Bar.

While Deep Water is ultimately receiving subpar reviews, the film has blessed us with one vital piece of information: Affleck is apparently great with snails.

“Ben was fantastic to work with. He’s a great listener,” snail wrangler Max Anton told Entertainment Weekly. “And you can tell that when he does his scenes, he will take instructions. He understands them, and usually, he can nail it the first time. He was exceptionally good with my animals. We didn’t lose a single one.”

“I showed Ben how to handle the snails. I would put them directly on his hand. And then when the scene ended, I’d run up and take the snail off of his hand with my left hand and put a rag in his hand with the right hand so he could get the slime off.” [via Entertainment Weekly]

RELATED: Ben Affleck Rips The Academy For Not Nominating His Acting Or Directing In ‘Argo’, Which Won Best Picture