This Man Will Swim 5,500 Miles From Tokyo To San Francisco And Become The First Swimmer To Cross The Pacific 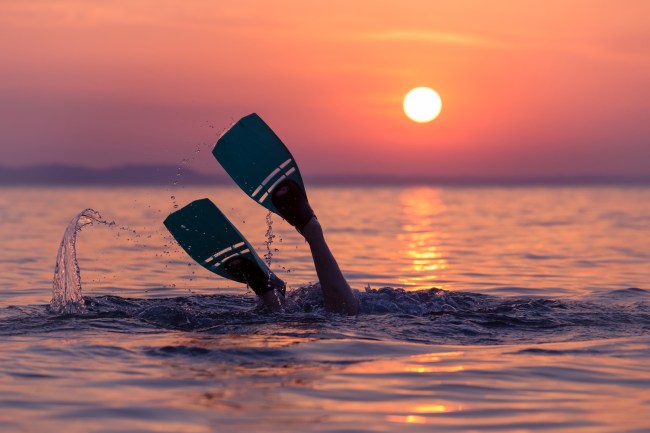 At 51-years-old, swimmer Ben Lecomte is about to embark on the greatest journey of his lifetime. Ben is all set to swim 5,500 miles from Tokyo, Japan to San Francisco and in doing so he will become the first person in history to swim across the Pacific Ocean. Ben says he’s doing this in order to raise awareness about plastic pollution across the planet.

In 1998, Ben Lecomte became the first man to ever swim 3,716 miles across the Atlantic Ocean and tomorrow he’ll embark on his quest to become the first person to swim across the Pacific. He’ll be accompanied by a 67-foot sailing yacht that will be completely self-sufficient and equipped with everything that he’ll need. Ben will eat and sleep (at night) on the yacht while swimming all day. Each day, when he’s done swimming his exact location will be marked on the GPS and he’ll hop right back in on that spot the next morning and start swimming again.

Ben expects this swim to take somewhere around 180 days, which means he’ll swim somewhere around 30 miles each day along the way with some days being longer than others. He will be collecting over 1,000 water samples along the way to highlight just how alarming the levels of plastic pollution are in the ocean:

Meet the 51-year-old man trying to swim across the Pacific Ocean. @rumireports explains why #tictocnews pic.twitter.com/Cq3QSulkyN

Tomorrow is THE DAY for Ben!! Wishing him safe travels and much fun on his journey to *swim* across the Pacific Ocean 🐬🌊 From Tokyo to San Fran 🏊 @BenLecomteSwim #MondayMotivation #tictocnews pic.twitter.com/Ix3VAWyUrF

Beginning tomorrow, June 5th, you can tune in to Seeker.com/theswim to live stream portions of Ben’s 5,500-mile swim as well as check out daily videos. Weekly updates will also be available on Discovery.

I first wrote about Ben’s quest to swim from Tokyo to San Francisco THREE YEARS AGO. That’s how long he’s been preparing, planning, and training every day for this 5,500-mile swim. It’s pretty cool to see this finally come to fruition. Obviously, this 5,500-mile swim will be a world record if/when Ben Lecomte finishes the journey.