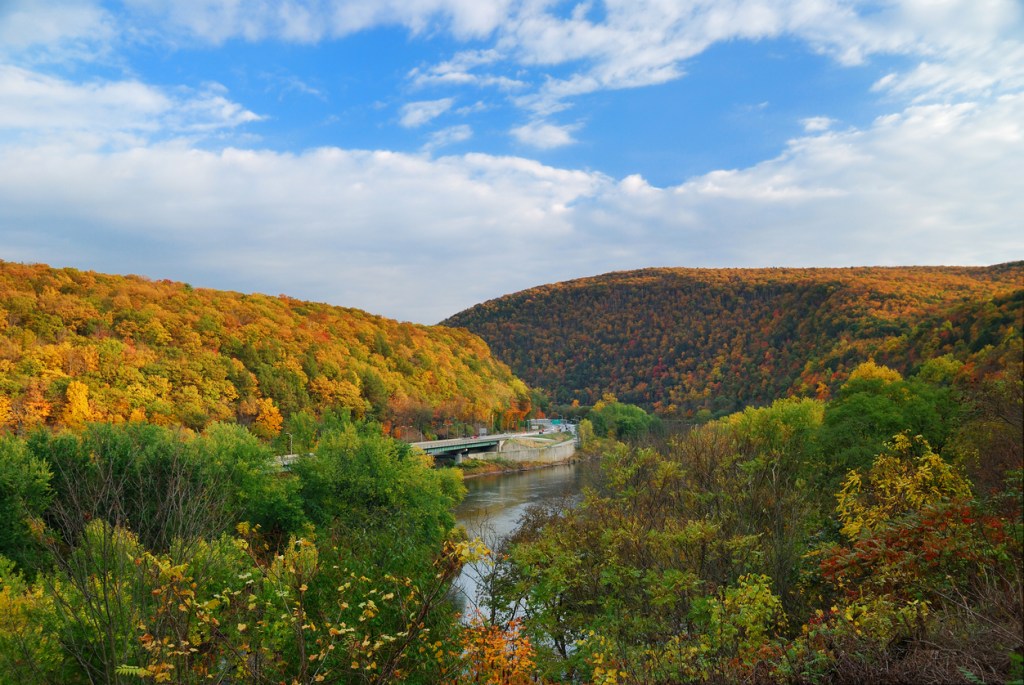 I’m a born and raised Floridian. Florida’s one of the states that Americans love to hate on and I’ve spent way too much time in my life explaining Florida’s weirdness to people from other states. I’ve also lived in Texas for a bit and NYC for a large chunk of my life. Those are two more areas where people who aren’t from there seem to have very strong opinions about them.

To prove my point, I just Googled ‘Florida is the worst’ and there were ‘About 358,000,000 results (0.51 seconds).’ In Florida, we actually grew up being told that New Jersey is the worst which is something most people in NYC also believe. Save yourself the time in the comments. Princeton is great. There are beautiful parts of New Jersey. But the state is flanked by NYC and Philly and comparatively, NJ is the worst. And now there’s actually some solid data to back up this assertion.

A recent YouGov study ranked all 50 states from best to worst by doing head-to-head matchups for every single state. For instance, people were asked to choose which state was better Hawaii or Iowa, Hawaii or Alabama, etc. until the list was formed and then they were ranked based on how often each state won its head-to-head matchups.

Hawaii came out as the best state in America, winning 69% of its matchups. Florida, which is constantly hated on by most Americans nearly cracked the top 5. At the very bottom of the list was the District of Columbia, Alabama, and Mississippi. Here are the results, you can click through on this image to visit YouGov for more on these findings: 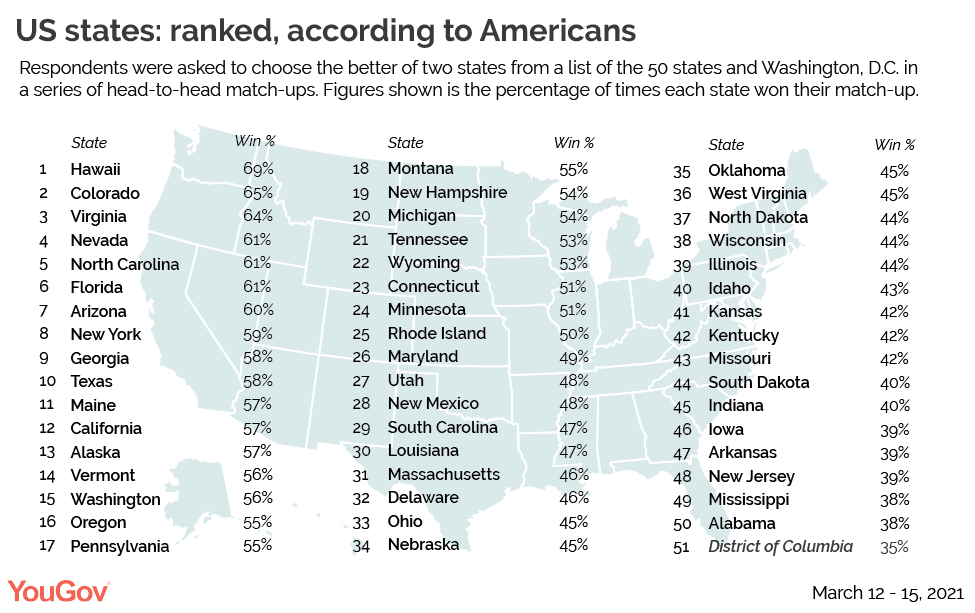 It is surprising to see Virginia and North Carolina so high on the list but I’m not sure why. I love both states. They both offer gorgeous scenery and all of the other things you look for in a great state. But I see countless other states on the list that I’d rank higher than those, many in The Northeast.

Here’s what the YouGov article/study had to say about the worst states…and New Jersey:

The two lowest-rated states were Alabama (38%) and Mississippi (38%), which often rank low in other assessments of income and health care access. Both are Southern states, and in fact almost all the bottom ten states are situated in either the South, with Arkansas (39%) and Kentucky (42%) joining Alabama and Mississippi close to the bottom, or Midwest, including Iowa (39%), Indiana (40%), South Dakota (40%), Missouri (42%), and Kansas (42%).

The only exception is New Jersey, which comes third from bottom at 39%. While panelists did not provide context for their choices, New Jersey is often the butt of jokes, including for its occasional odor or for being the birthplace of The Jersey Shore franchise.

There are truly gorgeous portions of New Jersey but many people never see them because they’re tucked way off the highways. If you only see New Jersey from the roads then it’s easy to see why it’s one of the least liked states in the country.

You can head on over to YouGov to read more about this study.