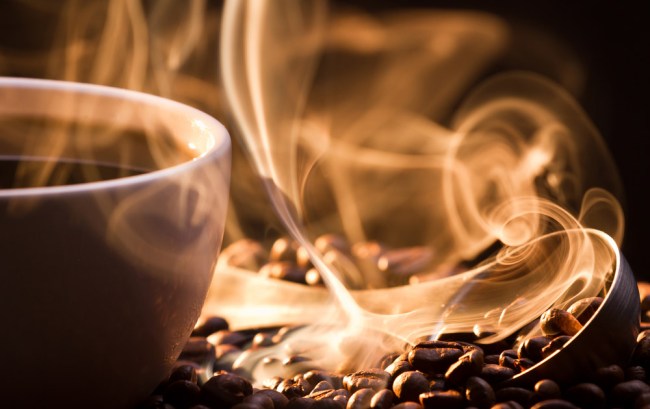 Yay! It’s National Coffee Day! The day that those permanently addicted to caffeine come together and, well, drink more coffee.

It also means that there are special deals on coffee all over the place. And not just for today either. Some of these deals last clear through the weekend. Dunkin’ Donuts has a deal, Krispy Kreme has a deal, Keurig.com has a deal, everyone’s got a deal! (Click that link for the deals. In case you didn’t figure that out.)

In honor of this glorious day devoted to caffeine, the fine number-crunchers over at WalletHub.com put together a little study about coffee. Specifically, they set out to find out which city in America is the best for coffee lovers.

To determine the best among them, WalletHub compared the 100 largest cities across 14 key indicators of coffee lover-friendliness. Their data set ranges from coffee shops, coffee houses and cafés per capita to average price per pack of coffee.

Considering that Americans consume around 146 billions cups per year, this is important information.

Here’s what they came up with…

— Fremont, California, has the highest average annual spending on coffee per household, $185.00, which is three times higher than in Detroit, the city with the lowest at $61.29.

— Gilbert, Arizona, has the highest share of households that own a single-cup/pod-brewing coffee maker, 21.1 percent, which is 2.9 times higher than in Hialeah, Florida, the city with the lowest at 7.3 percent.

— Portland, Oregon, has the most coffee and tea manufacturers (per square root of population), 0.0180, which is 36 times more than in Riverside and San Bernardino, California, the cities with the fewest at 0.0005.

And here are some more fun coffee facts they discovered… 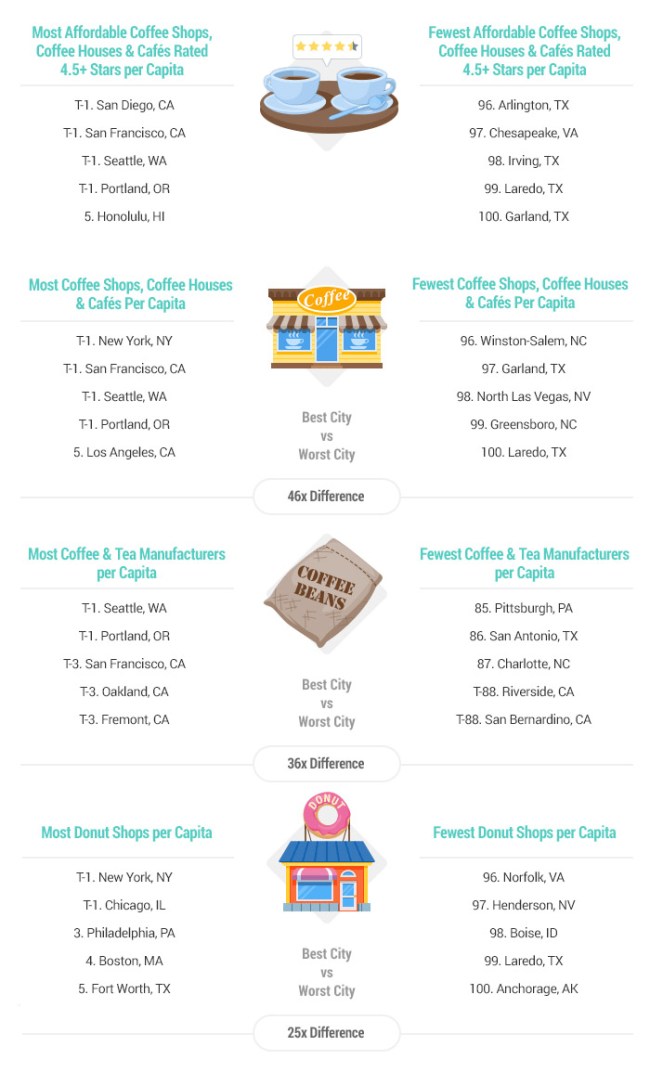 Check out the rest of the list, the full study including the complete methodology used and more over at WalletHub.com. And don’t forget those deals. Yay coffee!