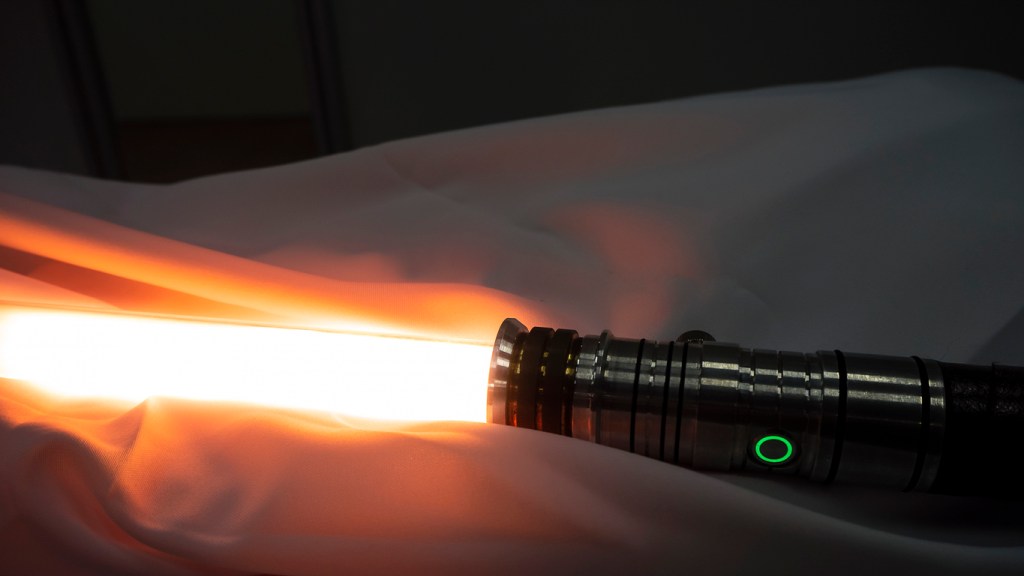 Alex Burkan is the mastermind behind the Alex Lab channel on YouTube. He was recently awarded a Guinness World Record for building the world’s first retractable lightsaber that actually works. It is truly a magnificent build and in the clip below he discusses how building a working lightsaber has been a lifelong dream of his.

In this instance, ‘retractable lightsaber’ refers to a working lightsaber that doesn’t stay in a fixed position. Aka, not one of those plastic lightsabers you can buy at any kid’s store. Alex works in ‘hydrogen generation equipment’ and thought he could apply his work skills to building a real-life lightsaber of his own and he succeeded. For that, he was awarded the Guinness World Record.

Interestingly, while Alex was building the world’s first retractable lightsaber the YouTubers over at Hacksmith Industries were simultaneously working on a real-life lightsaber of their own. And not to take away anything from Alex’s because his is awesome but the one built by Hacksmith might be the coolest device I’ve ever seen in my entire life. It can cut through anything and burn longer than the retractable lightsaber built by Alex Burkan but his came first.

Alex was recently featured on the Guinness World Records channel. He discusses how his passion for Star Wars led to his lifelong desire to build this awesome lightsaber. Then he graciously acknowledges the Hacksmith Industries lightsaber which led me to their YouTube channel to see what they’ve built. Let’s check out his video.

My first impression of the Alex Burkan retractable lightsaber is it’s more like a glorified cigar torch lighter than an actual lightsaber. It works for 30 seconds which is impressive but I was left wanting more.

That’s how technology usually works though. Someone builds something and others improve upon the design. It is interesting though that the Hacksmith Industries retractable lightsaber was debuted nearly simultaneously to his.

Hacksmith Proto Lightsaber Can Cut Through Anything

The Hacksmigth 4000° Proto-Lightsaber can cut through anything. We know this because they’ve released multiple videos showcasing how this is the coolest lightsaber ever built. It burns at FOUR THOUSAND degrees! While this might not technically be the world’s first retractable lightsaber it is certainly the coolest and the most powerful.

Check it out in all of its plasma glory:

And here is a longer video, a full 18 minutes, on how Hacksmith Industries built their retractable lightsaber that burns at an unfathomable 4,000 degrees.

It’s kind of a shame that we’re forced to compare which working lightsaber is cooler. The fact that any real-life retractable lightsabers actually exist is incredible. All of these builders deserve credit for pushing imaginary technology from Science-Fiction into real life.