The Best, Most Inexplicable ‘Madden 19’ Glitches We’ve Seen So Far This Year 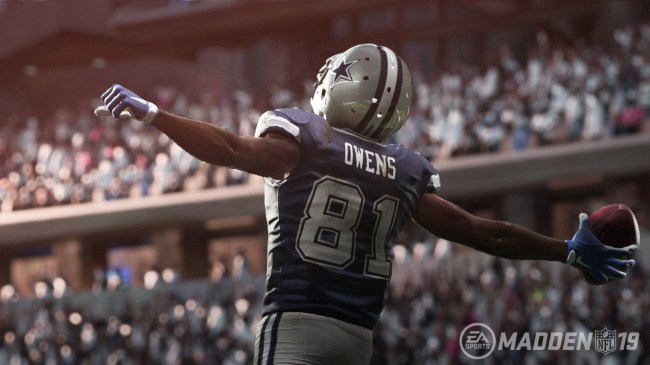 Rarely, and I mean VERY rarely, does a glitch in a uber-popular video game not mean bad news for the developer that created it. One of the very few exceptions to this rule is when there is a glitch in the annual Madden NFL game by EA Sports.

In fact, one could easily argue that the annual batch of Madden glitches actually work out to be a positive for EA Sports as they inevitably go at least a little bit viral and generate a bunch of free publicity for the game.

And, one could also argue, that EA Sports builds some of these glitches into the game each year just for that very reason. I mean, it certainly wouldn’t be the dumbest thing to do, right? Especially when some of the best Madden glitches we’ve seen so far in 2018 are way more fun than actually playing the game the right way.

Where’s the Madden ambulance when you really need it?

Le’Veon Bell is rated 100 for teleportation.

The new Madden 19 is flawless as usual. pic.twitter.com/16rPBdTscb

Why isn’t this lineman also the team’s punter?

The Colts center might want to get this checked.

Any plans to address this glitch in an upcoming patch? Happens on about 75% of plays (seems to always be when their is no DT/NT lined up over center…

Umm, we know the catch rule is still confusing, but this call should have been easy.

What, you didn’t know the Saints signed two ghosts to play corner this year?

Anyone else coming across this weird #Madden19 glitch? At first just the outside corner was ghost like then a few plays later it was two guys. Brah probably activated a Madden card on me lowkey pic.twitter.com/AajMrUxHMz

Can someone check on the 49ers punter please?

This ain't even fair 😅

You CANNOT bring the Falcons’ QB down!

Center runs the ball? Check. Refs are blind in Madden too? Check.

@EAMaddenNFL @EASPORTS_MUT @EASPORTS Madden 19 glitch, center hikes the ball and just runs it himself and interception that clearly bounces off the ground. #madden19 pic.twitter.com/wS8OyqjD0T

And finally, yes, Madden, we also agree that the Chargers should still be in San Diego.