We Don’t Need No Education: The Best Places In America To Live And Work Without A College Degree 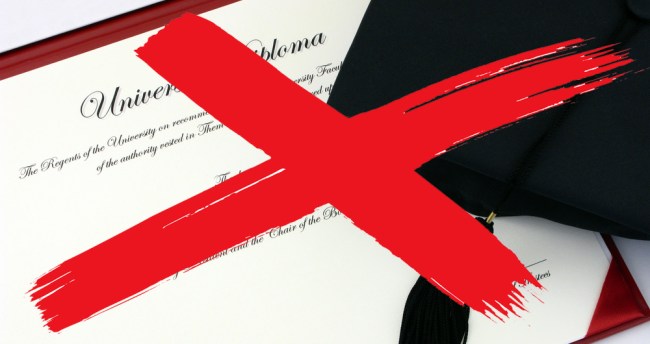 Back in February we took a hard look at the value of a college education in 2018 and asked, “Is it really worth burying yourself in debt these days to obtain a college degree?”

The answer wasn’t cut and dry. For instance, attending one of these highly ranked business schools might be worth the money. However, one could definitely make a strong case that depending on what profession you’re interested in pursuing that no, it’s not necessarily worth the exorbitant amount of money it takes to earn a college degree.

So let’s assume that you decide to forego a higher education and are ready to just cannonball right into the full-time employment pool following high school. Which cities are you most likely to be successful and, rather importantly, make the most money? After all, in 2015 it was reported that the pay gap between those with a college degree compared to those without one rose to an eye-popping 56 percent.

The answers to those questions have been revealed thanks to a new study by CreditLoan.com. As a result of their research, they were able to rank the best cities for Americans who do not have a college degree and the jobs that are earning them the most money.

Second through fifth on the list was Midland (TX), East Stroudsburg (PA), Rockford (IL) and Elkhart-Goshen (IN).

Metropolitan areas were ranked based on a living wage (the minimum amount a full-time employee needs to earn to support a family), average salary, and poverty rates. Overall, the most important factor was the ratio of income to living wage.

View the full results of CreditLoan.com’s study including the complete rankings of all 306 metropolitan areas, an interactive map, and the methodology used here.