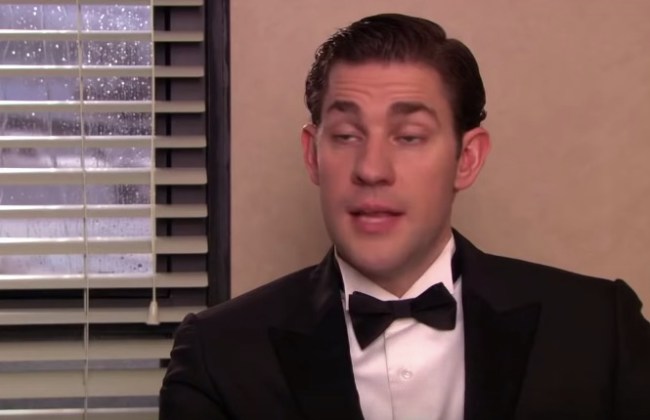 But in order to get fans of The Office to give two shits about these characters the show’s writers first had to make them extremely likable, and they often did that by luring us in with pranks. Jim was the primary prankster throughout the series but he often lured others into his plots.

This latest release from NBC’s official YouTube channel for The Office pays homage to the best elaborate pranks in the show’s history. The Office has been off-air since 2013 but with some of these moments, I feel like I just watched them on TV for the first time yesterday. That’s probably because reruns of The Office are constantly on Comedy Central these days but they still feel pretty fresh.

(1) The time that Michael ate too much for lunch and fell asleep at his desk so everyone in the office changed the clocks and tricked Michael into thinking it was 5 O’Clock already when it was the middle of the day.

(2) Jim once gave Andy Bernard the exact opposite of the intel he needed to hit on Pam. This was at a time when nobody really realized the extent of how much Jim was into Pam.

(3) Jim once paired his earpiece to Dwight’s cell phone and then forwarded his desk phone calls to his own. This drove Dwight insane in a matter of seconds.

(4) Jim labeled a ‘Gaydar’ detector and put it in a box for Dwight who then went around the office and scanned people. Jim did this to convince Dwight the he was gay and didn’t know it.

(5) This was an extension of #2. They went back and showed the rest of the clip.

(6) Jim once tricked Dwight into going to Langley, Virginia to the CIA headquarters. A plot that ended with Dwight standing on a rooftop waiting for his ride.

(7) They threw a party to celebrate Michael’s 15th anniversary at the company. Jim got everyone on his side by wearing a tuxedo and becoming the de facto expert on being ‘classy’. On this prank, I 100% side with Jim because I’ve always said that the best nights happen when you’re wearing a tuxedo (not at a wedding).

(8) The final prank was one of the very last on the show. Jim pulled one over on Dwight by backing out as his ‘Best Man’ at the very last moment and having Michael Scott show up for Dwight’s wedding after years of Michael being off the show. This one had all the feels.