The Summer 2019 Movie Preview: Ten Movies You Need to See In The Coming Months 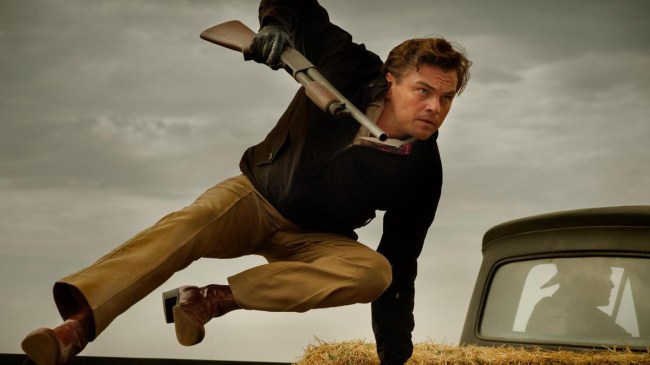 With Memorial Day Weekend now behind us, it’s high time we look ahead and see what the summer of 2019 has to offer.

Avengers: Endgame recently blew up the box office and we’re months away from the latest Star Wars movie. As far as bookends go, that’s not bad, but let’s not sleep on what’s happening in between the release dates of those two films.

There’s a musical biopic that includes actual singing, Thor and Valkyrie hunting aliens together, Tiffany Haddish and Melissa McCarthy not being funny, a world without The Beatles, and so much more.

Without further ado, here are ten films to look forward to seeing this summer.

Bohemian Rhapsody, the Queen biopic that was released last year, was good but it wasn’t without its problems. You know, problems like a casual relationship with historical accuracy, a penchant for shying away from Freddie Mercury’s sexuality, and—on a much lesser scale—Rami Malek lip-syncing along with Queen’s music.

Yet, if you choose to ignore those things, the movie isn’t that bad and definitely had you humming Queen tunes for at least a week after.

However, if those little hiccups were too much for you and subsequently too hard to ignore, Rocketman is right up your alley.

Directed by Dexter Fletcher—who took over Bohemian Rhapsody after the film’s original director, Bryan Singer, was fired—Rocketman is the full-on, warts and all Elton John story. Taron Egerton, the star of Kingsman, goes all in, and unlike Malek, handles singing duties (and looks to have handled them well).

I’m not surprised. If you have a child, then you’ve probably watched Sing, and if you’ve watched Sing, you know Egerton can pull off an Elton John tune.

It’s not a zombie movie. It’s a “hipster zombie comedy,” which means the zombies live in Brooklyn, wear cardigans, and haven’t bothered to listen to Vampire Weekend in years—not since they sold out.

The film actually takes place in middle America—complete with Steve Buscemi playing a character sporting a “Keep America White Again” hat—and yes, there are zombies. I suppose calling it a “hipster zombie comedy” stems from the lack of urgency the zombies are met with.

Directed by Jim Jarmusch, The Dead Don’t Die stars Bill Murray and Adam Driver as two small-town cops who are forced to deal with an onslaught of zombies following the Earth having been thrown off of its axis courtesy of “polar fracking.” The only way to kill them is to lop their heads off (as is tradition).

Do you remember in the original Men in Black movies when they wanted to erase someone’s memory? They zapped them with that electric toothbrush thing and *boom* case closed.

Well, what if someone saw that happening but the Men in Black didn’t notice that person watching them, and as a result, didn’t erase that person’s memory as well? So like, the case wasn’t closed?

That is what sets this new Men in Black movie in gear.

Set 20 years after Tessa Thompson’s character (Agent M) witnesses the Men in Black zapping her parents, she has joined the agency and is linked up with Chris Hemsworth’s Agent H in London (hence the “International” in Men in Black: International).

It’s worth noting this isn’t a direct sequel. Instead, it’s a continuation of sorts; a new story told in the same universe of the original three movies.

Everything old really is new again.

You can’t fault these dudes for taking a big effin’ swing with this one.

In Yesterday a film by Danny Boyle (Trainspotting, Slumdog Millionaire), Jack Malik (Himesh Patel) is a struggling musician who gets hit by a bus. Yet moments before he gets hit by said bus, a worldwide blackout occurs.

When it’s over, Malik has lost some teeth and the world has lost the memory of The Beatles. Malik is the only one who remembers them. As a result, when he plays “Yesterday” for some friends during his recovery, he’s not covering The Beatles. He’s playing an original (and a damn good one at that).

Ed Sheeran plays himself, positioned as both a fan and a rival of Malik’s, while Kate McKinnon of Saturday Night Live fame plays their manager.

This movie will either be cute, endearing, and fun or just a big old mess. There is no in between.

I have to admit that I’m a little curious as to how this one ends. Does everyone suddenly remember The Beatles and homeboy is outed as a fraud or does he come clean and admit to stealing music from someone that apparently no one has ever heard of?

That’d be a pretty “Jon Snow” move on his part.

All roads lead back to Game of Thrones for at least one more week. It’s a rule.

If you’ve seen Avengers: Endgame then you know that…

Wait, in case you haven’t seen it yet, you might want to skip to the next entry.

Still here? Cool. Let’s get back to the matter at hand.

As you know, Tony Stark is dead. Minus a father figure, Spider-Man is now left to his own devices and trying to understand where he fits in in a post-snap world. Is he Iron Man now? Ha! Of course not. He’s still Spider-Man.

He’s also Peter Parker and he’s heading over to London on a field trip with his friends, all of whom also apparently got snapped because they’re the same age. Samuel L. Jackson’s Nick Fury is in London too because in this post-snap world (and with surviving Avengers apparently on vacation or something) it’s time for Spider-Man to step up.

I am 100% on board with anything Kumail Nanjiani is doing and that very much includes him doing a buddy action comedy with Dave Bautista. I actually don’t need to know anything else, and in turn, I don’t think you do either.

What’s that? You do need to know something else? Fine.

Nanjiani plays an Uber driver and Bautista plays a cop who recently underwent eye surgery—a surgery that prohibits him from driving, hence the inclusion of Nanjiani.

There’s not much to say about The Lion King that hasn’t been said already. As far as live-action remakes of beloved children’s movies go, it might be the best of the bunch (or the herd, I guess).

Jon Favreau’s ambitious under-taking features a cast that includes Donald Glover, someone named Beyoncé, Seth Rogen, Keegan-Michael Key, Billy Eichner, John Oliver, Chiwetel Ejiofor, and more. James Earl Jones once again provides the voice for Mufasa, who I have a feeling only makes a brief appearance in the film.

Just a shot in the dark there.

Almost as well known as the original film itself is its music. For his take, Favreau mixed old and new in an attempt to recapture that initial magic. In order to do that, he teamed up with the original team of songwriters: Hans Zimmer, Tim Rice and Lebo M.

They worked with Childish Gambino (Glover’s musical alter ego) and Beyoncé, with Favreau saying “that having Donald Glover and Beyoncé involved, not trying to create new songs but trying to build on what people remember and love about the old ones, has been really fun and formative.”

It better work, Mr. Favreau. The last thing I need right now is to have my daughter pissed at me because you ruined one of her favorites.

No pressure or anything.

Quentin Tarantino’s ninth film weaves fact and fiction as he’s been prone to do throughout his career and if there’s a movie that actually gets me to a movie theater this summer, this one’s it.

It’s all about those expanded universes these days, kids. Only losers stick within the confines of one established franchise.

And thus we have Hobbs & Shaw, the first Fast & Furious spin-off movie.

Dwayne Johnson is back as Hobbs and Jason Statham is returning as Shaw. They’re joined by Vanessa Kirby and Helen Mirren, banding together to defeat Idris Elba, an ex-MI6 agent and international terrorist.

How is it that all these former MI6 agents become international terrorists? Is their retirement package that bad? It seems like every movie now features a villain who once belonged to MI6.

After the last Fast & Furious installment—The Fate of the Furious—Hobbs and Shaw were on opposite teams. But again, we have a rogue MI6 agent on the loose, guys and nothing brings people closer than the threat of international terrorism orchestrated by one of them.

Melissa McCarthy is a funny lady. So is Tiffany Haddish. I can’t vouch for the comedic talents of Elisabeth Moss but I thought she was great in Mad Men.

However, this is not about comedy. This is about women getting revenge and taking care of business.

Set in the late seventies, the three women play the wives of gangsters who are forced to take over their husband’s affairs when they are all thrown in jail. Soon enough, they become the heads of the Irish crime families in New York City.

Again, not funny, and that is totally okay.

This movie was supposed to be released in July but the date has apparently been changed to September 27. With that said, I already wrote a preview for it and it looks pretty great so I’m keeping it on the list.

Chadwick Boseman has played Jackie Robinson, James Brown, Thurgood Marshall, and Black Panther and was phenomenal in all of those roles. As a result, I think we are long overdue for a Boseman performance that doesn’t involve him playing a historical figure (or Black Panther).

21 Bridges is such an opportunity, as Boseman plays a New York City detective who embarks on a citywide manhunt for a cop killer.

Are there 21 bridges in New York City? I’m assuming so based on the title, but then again, sometimes movies lie to us (see: Rhapsody, Bohemian.)

Taylor Kitsch, Sienna Miller, and J.K. Simmons co-star in the film, which was produced by Avengers: Endgame producers Joe and Anthony Russo. It’s a bit of a pivot for them but I’m still very intrigued.

This summer should be a good one.