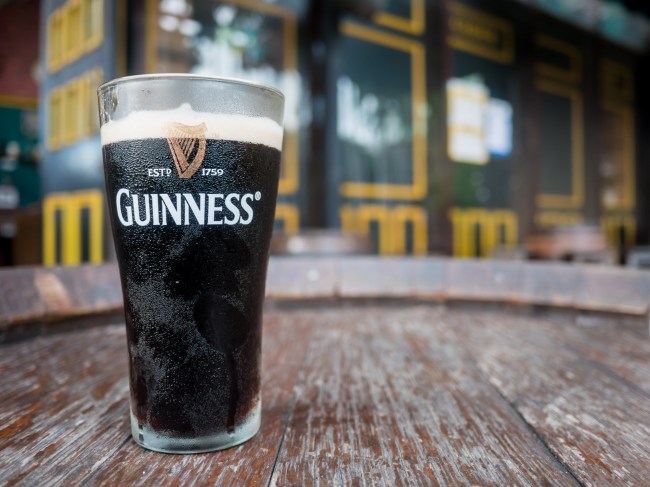 William Lee is a professor of Industrial Mathematics at the University of Huddersfield, and he claims that we’ve all been pouring Guinness beer wrong forever. He also claims that he’s come up with the perfect way to pour Guinness based on the structure of the beer.

Every pint of Guinness beer is meant to be poured into a specially designed tulip glass. I was lucky enough to go to Dublin at the end of last November as a guest of Guinness where I went behind the scenes at St. James Gate and down into the vault where they keep the ancient Guinness artifacts.

I also took a personalized tour with a brewmaster who took me through the normal training of learning how to pour a perfect pint of Guinness using the traditional tulip glass. You’ve all seen the pour: you pour the beer until it hits the bottom edge of the tulip, let it settle, and then finish pouring after a while. Professor William Lee’s findings in a study funded by the Science Foundation Ireland claim that we shouldn’t be using that type of glass at all. Here’s what he found:

Read Next: 11 Fascinating Facts About The History Of Guinness Beer You Probably Didn’t Know

I’ll be honest, I’m totally down for this. I love drinking out of ridiculously large glasses whenever possible. I don’t own any comically large martini glasses at the moment. The closest thing I’ve got is a set of nice margarita glasses that someone gifted me, but I think that’ll work for the time being until I’m able to get my hands on some extraordinarily large martini glasses. Who’s joining me in drinking Guinness the proper way?