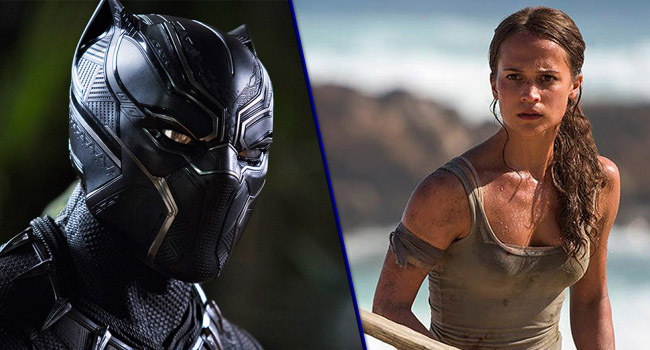 As always, there are a lot of new movies coming out in 2018. The word “lot” being a massive understatement. And all of them will, at one point or another, claim that their film is the one must-see movie of the year that you better not miss.

So to help you plan out which movies you should ACTUALLY go see in 2018, the experts over at Screen Rant put together a couple of videos.

The first video starts with the bad news, because we might as well just get that right out of the way.

Are you looking forward to the Tomb Raider reboot with Alicia Vikander as the new Lara Croft? How about that upcoming Han Solo movie? They both look good, right? And how about the Venom movie starring Tom freaking Hardy? Who else is hyped AF to see that? I know I certainly am.

Well, according to Screen Rant, we might want to temper our expectations a little bit on these and some other films like Dark Phoenix (NO!!) and Insidious 4.

Check out their reasons why in the video below…

Now for the good news. Screen Rant also put together a video of which movies they expect to blow our minds in 2018. No, they didn’t put Avengers: Infinity War on the list because, DUH, of course it’s going to blow our minds.

They did, however, include Black Panther, God Particle (part of the Cloverfield universe), A Wrinkle in Time, and aww yeah, The Predator, among others.