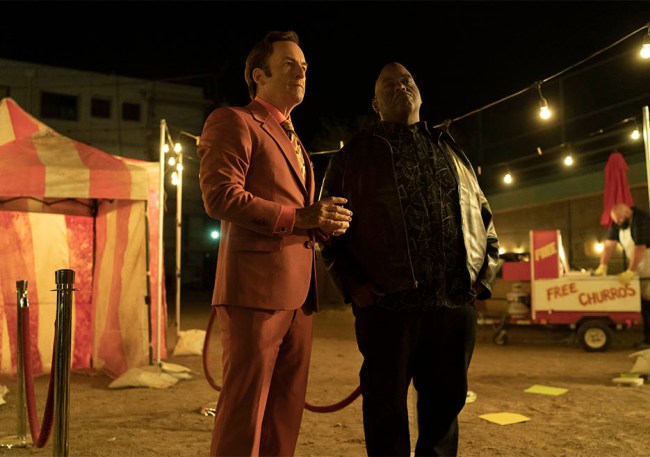 Just like his father before him, Better Call Saul will come to an end after six seasons. Given how exacting and particular that the Breaking Bad world has been for the last 13 years, its symmetry is poetic.

While fans were certainly excited for Better Call Saul when it was first announced — frankly, how could you not be, as Breaking Bad had literally just finished revolutionizing television — there were probably few, if any people who predicted the series would’ve turned out *this good*. So good to the extent that there are those who hurl the hot take that Better Call Saul is actually superior to Breaking Bad. While I am most definitely not one of those people, Breaking Bad is my favorite show of all time, your boy respects nothing if not a good hot take. But I digress.

The sixth and final season of Better Call Saul is currently filming in New Mexico, and as such, noisy Albequerque residents have been posting videos of the production to social media, revealing that Jimmy McGill, now seemingly fully committed to the Saul Goodman persona, returning to the crackhead motel known as the Crystal Palace.

#bettercallsaul sighting in abq. I thought he was saying “Saw” like the movie 😭😅

Breaking Bad fans may recall several appearances by a character named Wendy, a meth addict and sex worker who provides sexual services in the parking lot of the Crossroads Motel, or what Hank called “The Crystal Palace.” The Crossroads Motel made a number of appearances during the first three seasons of the show, and although it is mostly associated with Wendy, appearances there were also made by Hank, Walter, Jr., and Jesse Pinkman. [via Uproxx]

One can only hope, given the presence of Wendy and the fact that this is very likely the last entry in the Breaking Bad world, that further familiar faces such as Hank, Jesse, and Walter White pop up, as well.