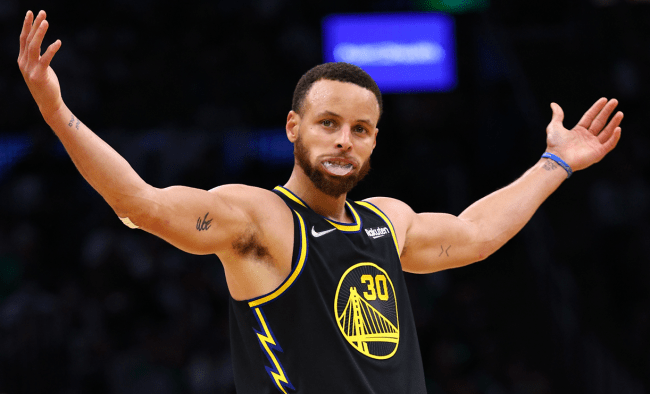 With sports betting becoming legal in more and more places (much to Charles Barkley’s annoyance), more legal bets are being placed than ever before, which, in turn, means more people are winning big money on bets that defy the odds.

One such instance occurred over the weekend during Game 4 of the NBA Finals between the Golden State Warriors and the Boston Celtics.

The first crazy part of this bet was the fact that the bettor put down $100 on a 22-leg same-game parlay. 22 legs! Honestly, that’s literally like taking a $100 bill and lighting it on fire.

But, as a wise person once said, you win if you don’t play, so they did it anyway.

Even crazier, the bettor had to wait until the last few moments of the game for one of the final legs to be completed when Al Horford hit a three-pointer with around a minute left in the contest.

That horford 3 cashed my 20 leg parlay

Had 2 things left going into the 4th quarter so it was weirdly easier than normal. Horford won it with the 3 with like a minute left

I purposely left him off there. Had a feeling he might get ejected

Another bettor, in response to seeing the crazy 22-leg parlay win, shared his ticket in which he claimed shows an even crazier $15 28-leg single-game parlay that he miraculously turned into $13,609.65.

Charles Barkley said last week, “I had an NBA owner say in the next three to five years … they’re going to be making triple what they do on television revenue [from sports betting]. And when you get to that point, I think it’s really scary. I mean, c’mon man, if you’re able to bet on if a guy’s going to make two free throws in the middle of a basketball game, that’s obsessive.”

Winning bets like these certainly aren’t going to slow that trend down anytime soon.

This post is part of an affiliate partnership. BroBible will receive a commission.