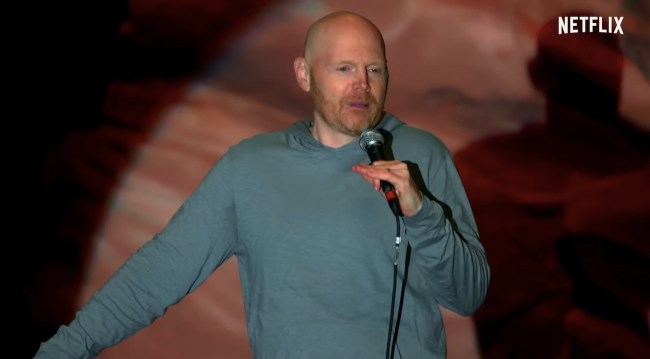 The newest stand-up special from comedian Bill Burr hasn’t even been on Netflix for a full day and yet it’s already making headlines.

During the early portion of Burr’s Live at Red Rocks set, the 54-year-old comedian — while discussing women’s sports in the United States — called out the people empowering the empires of the Kardashians and Real Housewives.

Bill Burr rips fans of the Kardashians and Real Housewives

“That’s the message you send: we’d rather watch that than a bunch of women come together as a team and try to achieve a common goal. We’d rather watch them absolutely f—ing destroy each other! And then in the end, you come back and you yell at f—ing guys.”

Those aren’t the only comments from Burr going viral, as The Mandalorian actor also said that women and not men have failed professional female sports in America.

Burr’s point, he says, is that “money listens” and that if women put as much energy and attention into female professional sports as they do reality television then the likes of the USWNT and the WNBA would be far more successful.

The comments from Burr will assuredly make Live at Red Rocks yet another controversial stand-up to debut on Netflix, as the company has been dealing with the blowback — some employees even protested — of comments made by Dave Chappelle ever since The Closer hit the streamer last fall.