Looking For Something To Read This Summer? Bill Gates Highly Recommends These 5 Books 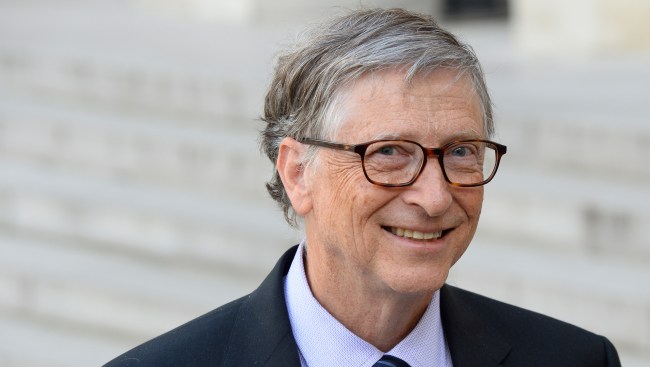 Summer is the perfect time to hit the beach, the patio, the hammock or whatever, and just kick back and relax with a good book. Other than listening to a baseball game while chilling in the pool, there are very few things in the world I find more relaxing.

That said, finding a good book is not always easy, but if you’re into seeing what one of the richest, most innovative men in human history, Bill Gates, will be reading over the summer, I’ve got good news for you.

Gates recently published on his blog the five books that he says he can’t recommend highly enough to read over the summer, and why he recommends them.

Fair warning: Gates says none of these are a “light read.”

Here are the five books he chose, along with the Amazon description of each.

Upheaval, by Jared Diamond
“Diamond compares how six countries have survived recent upheavals — ranging from the forced opening of Japan by U.S. Commodore Perry’s fleet, to the Soviet Union’s attack on Finland, to a murderous coup or countercoup in Chile and Indonesia, to the transformations of Germany and Austria after World War Two. Because Diamond has lived and spoken the language in five of these six countries, he can present gut-wrenching histories experienced firsthand. These nations coped, to varying degrees, through mechanisms such as acknowledgment of responsibility, painfully honest self-appraisal, and learning from models of other nations. Looking to the future, Diamond examines whether the United States, Japan, and the whole world are successfully coping with the grave crises they currently face. Can we learn from lessons of the past?”

Nine Pints, by Rose George
“Rose George, author of The Big Necessity, is renowned for her intrepid work on topics that are invisible but vitally important. In Nine Pints, she takes us from ancient practices of bloodletting to the breakthough of the “liquid biopsy,” which promises to diagnose cancer and other diseases with a simple blood test. She introduces Janet Vaughan, who set up the world’s first system of mass blood donation during the Blitz, and Arunachalam Muruganantham, known as “Menstrual Man” for his work on sanitary pads for developing countries. She probes the lucrative business of plasma transfusions, in which the US is known as the “OPEC of plasma.” And she looks to the future, as researchers seek to bring synthetic blood to a hospital near you.”

A Gentleman in Moscow, by Amor Towles
“In 1922, Count Alexander Rostov is deemed an unrepentant aristocrat by a Bolshevik tribunal, and is sentenced to house arrest in the Metropol, a grand hotel across the street from the Kremlin. Rostov, an indomitable man of erudition and wit, has never worked a day in his life, and must now live in an attic room while some of the most tumultuous decades in Russian history are unfolding outside the hotel’s doors. Unexpectedly, his reduced circumstances provide him entry into a much larger world of emotional discovery.”

Presidents of War, by Michael Beschloss
“From James Madison and the War of 1812 to recent times, we see them struggling with Congress, the courts, the press, their own advisors and antiwar protesters; seeking comfort from their spouses, families and friends; and dropping to their knees in prayer. We come to understand how these Presidents were able to withstand the pressures of war—both physically and emotionally — or were broken by them.”

The Future of Capitalism, by Paul Collier
“Deep new rifts are tearing apart the fabric of the United States and other Western societies: thriving cities versus rural counties, the highly skilled elite versus the less educated, wealthy versus developing countries. As these divides deepen, we have lost the sense of ethical obligation to others that was crucial to the rise of post-war social democracy. So far these rifts have been answered only by the revivalist ideologies of populism and socialism, leading to the seismic upheavals of Trump, Brexit, and the return of the far-right in Germany. We have heard many critiques of capitalism but no one has laid out a realistic way to fix it, until now.”

If those are too “heavy” for you, Gates also suggested checking out Graeme Simsion’s The Rosie Result, part of the Rosie trilogy. Oh, and also his wife’s new book The Moment of Lift, natch.

Listen to Gates discuss his 2019 summer reading list below…