Let Us Remember Bill Hader’s Most Underrated Contribution To Pop Culture: His ‘President Of Hollywood’ Bit At The James Franco Roast 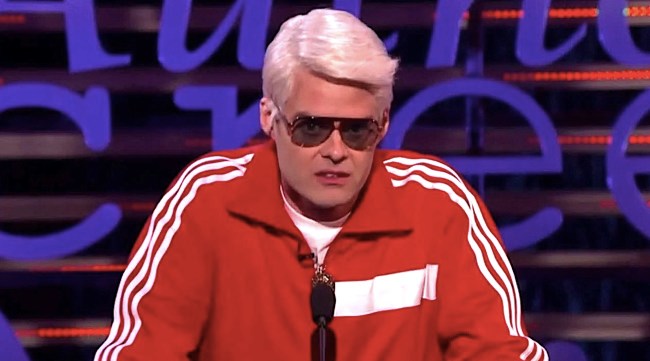 Following the conclusion of Barry‘s stunning third season that culminated in one of the best season finales in recent television history, there’s been tons of chatter about writer, director, and star Bill Hader, who has now established himself as one of the most exciting directorial talents in Hollywood (at least as far as I’m concerned).

Before he was winning Emmys for his work on the disarmingly and alarmingly dark Barry, though, Hader was famous for his work as a comedic genius on the likes of Saturday Night Live and South Park. And while Hader is understandably getting tons of praise for his current work on Barry and his previous work across all forms of comedic television and filmmaking, we should also remember one of Hader’s most underrated contributions to recent pop culture history: his “President of Hollywood” bit from Comedy Central’s Roast of James Franco back in 2013.

Unfortunately, it’s difficult to find a complete video of Hader’s entire bit, but with the below clips (particularly the last one, which is the entirety of the audio), the complete scope of Hader’s bit can still be enjoyed. His delivery of “Do we really need two of these guys?” still has me on the verge of tears almost a decade later. It’s also hilarious that his analysis of James Franco’s future wasn’t *that* far off from what ultimately wound up happening with his career.

Barry has already been renewed for season four at HBO and began production in L.A. this month, with Hader set to direct all of the season’s episodes.

RELATED: TV Fans Call For Bill Hader To Take Over ‘SNL’ And Direct Prestige Dramas After ‘Barry’ Turns Into ‘Breaking Bad’ In Its Third Season