Bill Murray Confirms That He’s Returning To The ‘Ghostbusters’ Franchise 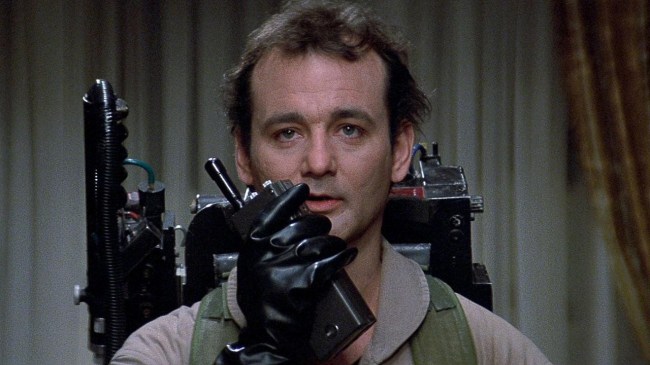 I have a saying that if I’ve only seen a movie once, I haven’t really seen it.

You see, when you see something for the first time, you’re so wrapped up in where the movies going that it can be hard to pick up the various important details that are presented along the way. First time I saw Once Upon A Time In Hollywood I was slightly bummed, but after a couple of viewings it became one of my favorite films of the year, and that’s all because I was able to enjoy the minute (the size, not the time) details without worrying about the unfolding plot.

Take The Dark Knight Rises, for example. In the first scene, where Bane gets purposefully captured and brought onto that United States government plane, you’re so wrapped up in the introduction of Bane that you didn’t even fucking realize it’s the actor who plays Little Finger on Game of Thrones that’s interrogating him.

All of that is just a long way of saying that I’ve technically never seen Ghostbusters. Like, I’ve seen it once when I was a kid — I remember the giant Michellin Man and a bunch of green gunk and their vacuum backpacks and all that good shit — but I couldn’t tell you a single actual detail about the story. Who are the Ghostbusters? Where do they come from? Where do the ghosts come from? Do they ever overlap with the Men in Black? At what point during their investigation is local police like, “you know who we gotta call? The Ghostbusters!”

Ipso facto, it’s hard for me to necessarily get excited about the news that Bill Murray is officially returning to the franchise. “It’s what it is,” whispered Russell Buffalino.

But people fucking love Bill Murray, and it’s a quiet Friday afternoon on the internet, so here we are — I’m making vaguely incoherent analogies about the worst movie in Nolan’s Batman trilogy and you’re sitting at your desk (or the toilet for far longer than you should be but are going to continue doing so anyway because fuck ’em that’s why) wondering why you’re reading the musings of my borderline broken stream of consciousness and counting down the minutes until 5 p.m. I don’t even know what you’re still doing here. Such is life I suppose. As Los Angeles Rams tackle Andrew Whitworth once opined, we’re all gonna die anyway.