The Season 3 Trailer For Showtime’s ‘Billions’ Is Finally Here! 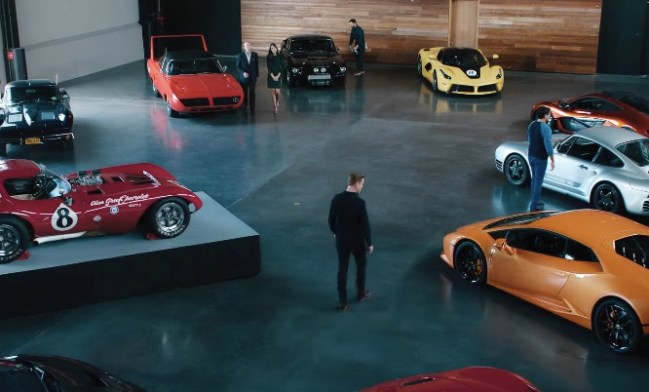 I was late on the Billions hype train. I didn’t start watching SHOWTIME’s Billions starring Paul Giamatti and Damian Lewis until last year and then I binged two seasons immediately. When you account for the quality of acting and writing I’m convinced that Billions is the best show (not named Game of Thrones) on TV right now.

While I was traveling last weekend SHOWTIME quietly dropped the trailer for Season 3 of Billions which is set to air on March 25th, 2018. The trailer picks right up where Season 2 left off, with ****SPOILERS AHEAD**** billionaire playboy and hedge fund owner Boby ‘Axe’ Axelrod (played by Damian Lews) being indicted by Chuck Rhoades (played by Paul Giamatti). Wendy Rhoades (played by Maggie Siff) is caught in the middle between these two egomaniacal individuals who both seem set on paths of eternal self-destruction in pursuit of power.

This trailer’s the highlight of 2018 so far so strap in and enjoy it. If you’re stoked for Season 3 of Billions then let us know in the Facebook comments and I’ll be sure to feature more Billions-related content in the coming months before the season premieres on March 25th:

The ability for individuals to be corrupted by money is on full display in the Season 3 trailer. Axelrod cannot lose. It is not in his DNA. Chuck refuses to lose because he’s one of the most talented lawyers in the world and a man who comes from an immensely influential and pedigree family. Chuck’s limits are that he operates within the confines of the law. Axe’s limits are that he refuses to destroy the life of Wendy Rhoades who is married to Chuck Rhoades. On paper, the show sounds like some poorly written drama but in actuality, there’s some of the best writing and acting in all of television taking place.