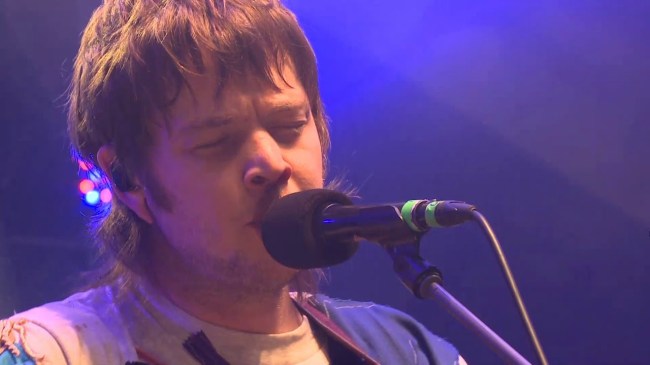 Billy Strings is on such an incredible trajectory in the music world right now, bringing a fresh energy to bluegrass and revamping the very concept of jamgrass. He’s captured the attention of Post Malone for an upcoming collaboration and just capped off a historic five-night run of livestream performances at The Capitol Theatre in Port Chester, New York, known as “The Deja Vu Experiments.”

Billy Strings five night Déjà Vu shows were modeled in homage to the Grateful Dead, who performed on that same stage on the same dates during a historic six night run at The Capital Theater in 1971.

The Grateful Dead‘s ’71 run is storied amongst Deadheads, featuring the band’s first keyboardist, Pigpen, in prime form, at his very blues-rock best. At the time, The Cap was at the very beginning of establishing itself as an East Coast rock ‘n roll mecca – a room The Dead came back to many times over the years. This run also included the live debuts of some bonafide classics from the band’s songbook, including “Bertha,” “Greatest Story Ever Told,” “Loser,” “Playing in The Band,” and “Wharf Rat” on February 18th, 1971.

Billy Strings rose to the occasion during his Déjà Vu run, rolling out a number of new originals and performing acoustic iterations of beloved Grateful Dead songs. Over 30,000 viewers tuned in to watch Strings grace the stage over the course of the run.

On the final night of the run, Strings captured the hearts and minds of Deadheads everywhere with a masterful cover of the band’s iconic three-song suite: “Help On The Way” > “Slipknot” > “Franklin’s Tower” and then icing the cake with a heart achingly beautiful version of “Brokedown Palace.”

Strings gave these classics their own energy, channeling the kindred musical spirit of such a legendary venue.

If you’re looking to dig in further, don’t miss the second set “Dust In A Baggie” > “Deal” (Jerry Garcia) that happened right before this on 2/24.

Hey, do you love music? Do you dig it when we write about live music here at BroBible? I’m going to be launching a newsletter in a couple weeks with music as my main focus, as well as art, food, and Internet culture as my main focus. Throw me a follow on Twitter for updates.