Billy Strings To Trey Anastasio In NYC: ‘Your Music Has Done A Lot For A Lot Of People’ 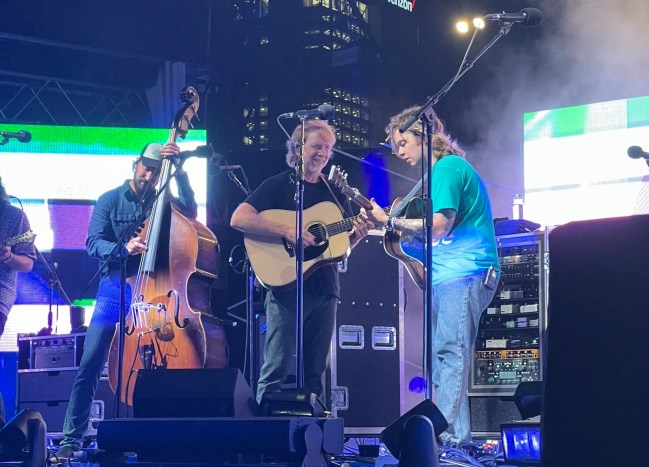 What a week for live music in New York City.

On Saturday night, Trey Anastasio and Father John Misty sat in with Connecticut jam band Goose at Radio City Music Hall. The Phish guitarist sitting in with Goose during the band’s third set was heralded as a proverbial “passing of the torch” from the world of Phish to a new generation of jam band – an important gesture in a music scene that takes its knighting seriously.

To a new generation of jam band fan that cares about musical bloodlines and custie lineage, the sit-in was arguably as important as Phish encoring their August 9, 1998 show with Terrapin Station on the third anniversary of Jerry Garica’s death – arguably, a noted moment of Phishtory where the symbiosis between the world of the Grateful Dead and the world of Phish, despite their very different styles and fan bases, was complete. 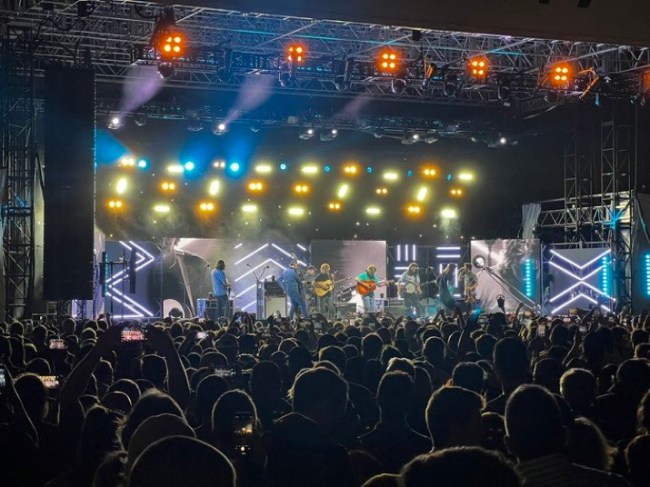 via @DuckClark, used with permission

Anastasio showed up backstage, hamming it up with Billy Strings and crew. Perhaps as an homage to Trey’s iconic Looney Tunes shirts of the ’90s, Billy rocked a Looney Tunes drip for the big moment.

Billy Strings welcomed Trey out to the stage. Trey strolled out with an acoustic guitar, launching into a six-song guest spot. The tunes included three songs from the Phish world and three Billy Strings songs:

Billy ended the show with a heartfelt appreciation to Trey, addressing Trey and the crowd with the following tribute:

“Your music has done a lot for a lot of people, and we love and appreciate you.”

We’re all loving watching it.

Trey sitting in with Billy Strings feels like a seismic event. There’s no better music happening in the world at this very moment.

Some videos of Billy Strings with Trey Anastasio below.

Billy Strings with Trey Anastasio  – “Back On The Train”

Billy Strings with Trey Anastasio – “All Fall Down”