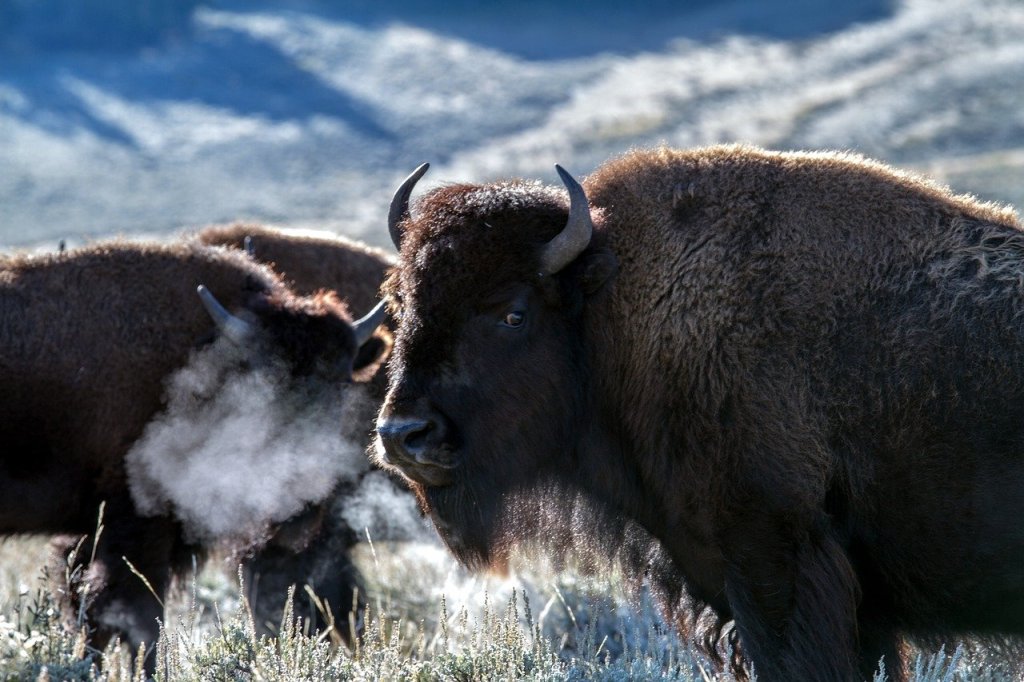 Wood Bison used to live naturally in Alaska but their numbers disappeared over the past few hundred years. They have since been reintroduced into the Alaskan wilderness and there are a few hundred of them out there but I didn’t know that until a few minutes ago when I had to Google ‘are there wild bison in Alaska?’

These Wood Bison evidently felt trapped on the narrow road with high snowbanks. Instead of powering through the snowbanks, they went over and through the vehicle and demolished it in the process with the driver left stunned. This is night footage and there are headlights so it’s not exactly Hollywood-levels of clarity here but it’s still wild to behold. Make sure the sound is on so you can hear the car getting crunched.

This incident took place in Delta Junction, Alaska. I wouldn’t have any idea of how to describe where that is other than ‘central Alaska’ and relatively close to the Canadian border. It has a population of under 1,000 residents, it’s surrounded by three mountain ranges, and there are evidently Wood Bison throughout.

A close-up bison stampede is an experience I’d love to witness someday. Not close enough where I get trampled myself, but something like this stampede at Yellowstone a few weeks ago would be such an incredible thing to experience up close.

Don’t get too close.