Bitcoin, Ethereum, And Other Cryptocurrency Lose Billions Of Dollars In Value In Massive, Rapid Crash 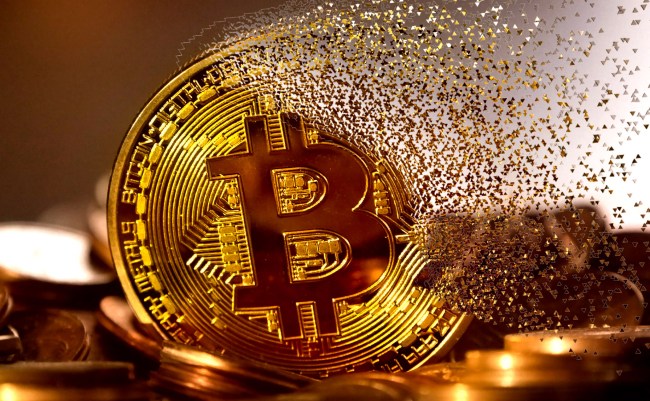 Everyone was warned that there would come a day when the overinflated value of cryptocurrencies like bitcoin, ethereum, litecoin and the like would come crashing down.

Bill Gates wanted nothing to do with it. Warren Buffett and his financial partner said cryptocurrency is “worthless” and is “like trading turds.”

Prior to that, Buffett said said cryptocurrency “will come to a bad ending.”

On Thursday, March 12th, we may have seen the first sign of a crypto crash as Forbes reports that “billions of dollars from the value of combined cryptocurrencies” were wiped out “in a matter of minutes.”

Bitcoin lost a whopping 30 percent of its value on Thursday, while ethereum, litecoin, Ripple’s XRP, bitcoin cash and most other major cryptocurrencies were also each down between 30 and 40 percent.

Billions were wiped away from cryptocurrency markets in a matter of minutes overnight, with bitcoin crashing as much as 30%: https://t.co/I1gGQBe32c by @BillyBambrough pic.twitter.com/JnEGsmdccW

Over the last week, the cryptocurrency market as a whole has lost around $100 billion in value, while $50 billion of that was lost due to bitcoin’s deflated market value.

“In a time of uncertainty, many investors might feel it is better to own cash or gold rather than more speculative crypto-assets like bitcoin, while others might be looking to free up cash to invest in stocks if and when the situation starts to improve,” said Simon Peters, analyst and crypto expert at eToro.

And that's it. The very-long-term #Bitcoin trendline is gone, finished, kaput. The technical set-up was the head & shoulders I tweeted a few days ago. The fundamental set-up was…#COVID19 , obvs. The bear market that began in 2018 is still on. $BTC pic.twitter.com/f2BGrMaE2V

Many have taken the latest fall in the bitcoin price as proof it is failing to act as a so-called safe-haven—an idea that had gained popularity in recent months as bitcoin rose in the face of escalating U.S. and Iran tensions and then apparently gaining on fears the coronavirus could knock global trade.

“Previously seen as a possible safe haven in difficult times, investors now seem to be selling out to take back liquidity in case the coronavirus spreads even further,” said Peters.

All that being said, at least one financial analyst, Alex Kuptsikevich of FxPro, says not so fast.

“One should not write off purely crypto events that may also have an impact on the sector’s prospects,” said Kuptsikevich. “Now the question is, can the leading digital currency surprise market participants with something new?”