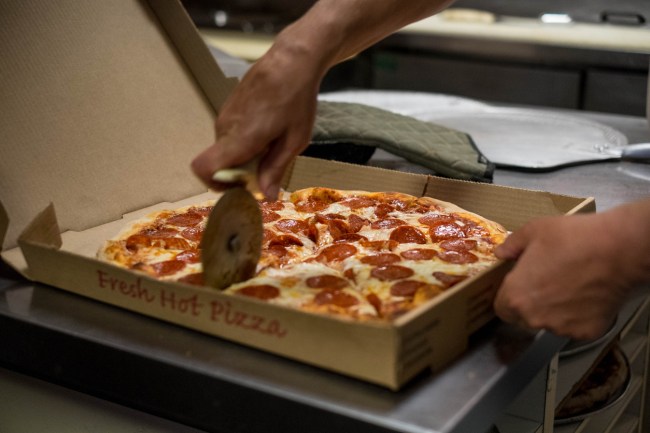 What’s your biggest regret in life? Not asking Lisa Jamowski to the senior prom? Not taking college as seriously as you should have? Not applying for that dream job? These are definite regrets. But Jeremy Sturdivant has a decision that would haunt most people for their entire life. He is the pizza delivery guy who was paid $10,000 bitcoin and then squandered it on travel. Despite the decision that turned out to be less than ideal, Sturdivant has no regrets about losing out big time on the current cryptocurrency frenzy.

Hindsight is 20/20. That’s an unfortunate aspect of reality that Sturdivant is learning. When he was 19-years-old, he was paid 10,000 bitcoins in exchange for the delivery of two large pizza pies, which were worth $41 at the time. The transaction was believed to be the first physical purchase made with bitcoin in history.

Laszlo Hanyecz paid for a large cheese and a large supreme pizza from Papa John’s with 10,000 bitcoins, wasting away hundreds of millions of dollars on cheap pizza.

The purchase was made on May 22, 2010, which is now celebrated as Bitcoin Pizza Day.

Unfortunately for Jeremy Sturdivant, he spent the bitcoins on travel, which he had no idea that the digital currency would become as gigantic as it has become. He spent the thousands of bitcoins on a road trip with his girlfriend.

Based on the latest estimates from Coinbase, 10,000 bitcoins are now worth nearly $390 million. Ouch.

“I had no idea how huge it would become,” said Sturdivant, who is now 30-years-old. Sturdivant said he has no regrets in spending the cryptocurrency, which he is right since it is already done and worrying about something that happened a decade ago would only drive a person mad.

“If I had treated it as an investment, I might have held on a bit longer,” Jeremy Sturdivant told the Telegraph in 2018, according to the New York Post. “I would never have thought that the same number of bitcoin would have a purchasing power on the order of real estate.”

“Retrospectively, simply having that much bitcoin in one place is quite a crazy thought. Of course that wasn’t notable at the time, as bitcoin was just getting started.”

He continued, “While I can’t claim any responsibility for bitcoin’s success, I’m proud to have played a part in something that went from an interesting concept project to a global phenomenon so quickly.”

In 2018, Hanyecz told CoinTelegraph that he has no regrets:

You know, I don’t regret it. I think that it’s great that I got to be part of the early history of bitcoin in that way, and people know about the pizza and it’s an interesting story because everybody can kind of relate to that and be [like] – “Oh my God, you spent all of that money!” I was also kind of giving people tech support on the forums and I ported bitcoin to MacOS, and you know, some other things – fix bugs and whatnot, and I’ve always kind of just wanted people to use bitcoin and buying the pizza was one way to do that. I didn’t think it would get as popular as it has, but it’s gotten to be a really catchy story for people.

“I wanted to do the pizza thing because to me it was free pizza,” Hanyecz told Bitcoin Magazine in 2019. “I got pizza for contributing to an open-source project. Usually hobbies are a time sink and money sink, and in this case, my hobby bought me dinner.”