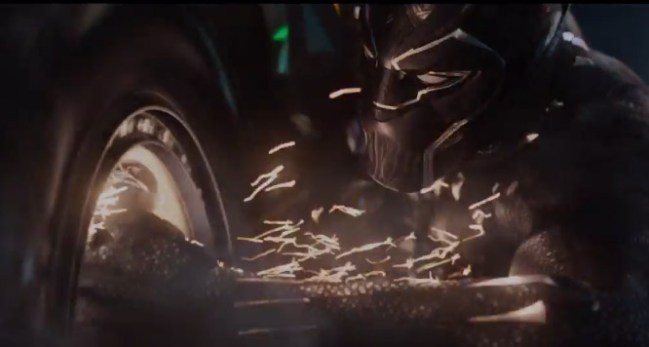 Back in June we got a little sneak peak of Marvel’s upcoming Black Panther movie and even though it was just a teaser it was obvious that this film is going to be a hands-down must-see when it comes out.

That fact is amplified 100-fold after seeing this first official two-minute, 18 second trailer that just dropped on Monday.

Not only are the visuals mind-blowing, even for a Marvel movie, but the music might be the best soundtrack of 2018. And don’t even get me started on how amazing Chadwick Boseman is as T’Challa/Black Panther and Michael B. Jordan is as his archenemy Erik Killmonger.

Much like Doctor Strange went off the beaten path in a tremendously successful way for a Marvel superhero film, it looks like Black Panther might too hold some of the special magic (pun intended) that sets it apart and creates the potentionl for yet another critically-acclaimed box office juggernaut for Marvel Studios.

Want even more Black Panther after seeing that? I know I do. Check these Easter eggs from the first teaser and then marvel (pun intended again) at these wicked cool custom “Back Cat” Air Jordan 13s.