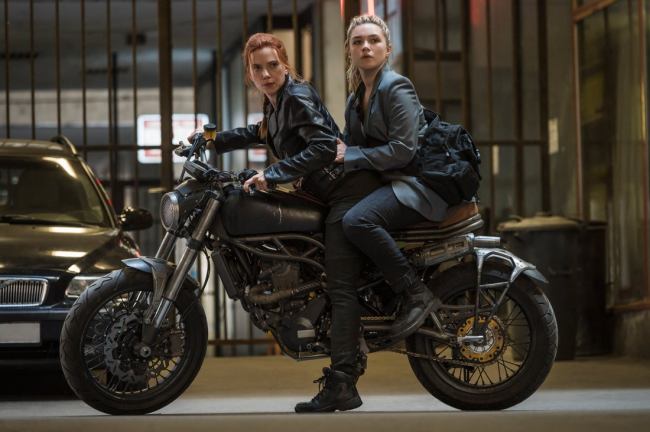 At long last, Black Widow — some 14 months after it was originally scheduled to hit theaters — has arrived in cinemas across the world, thus resulting in some truly joyous reactions from fans who are finally able to enjoy a Marvel Cinematic Universe film for the first time in two years.

Following the release of the film, movie fans immediately took to social media to celebrate Black Widow‘s arrival, tweeting all sorts of memes, jokes, and GIFs about the film.

walking into a movie theater to see a Marvel movie for the first time in two years#BlackWidow pic.twitter.com/YsnMq042EW

NO IM SORRY BUT #BlackWidow IS QUALIFIED TO BE ONE OF THEM IDC IDC pic.twitter.com/wq1rr6fB87

me at the end of me after the #BlackWidow post-credit scene pic.twitter.com/VLwNOsx65s

Natasha Romanoff is one of my favorite MCU characters and Black Widow highlights why.

Scarlett Johansson is better than ever and this just makes me yearn for even more of her, but it also makes you truly appreciate the hero that Black Widow was. #BlackWidow

Cate Shortland’s style and voice is all over this movie btw. And I appreciated that Black Widow feels smaller in scale than some of the other Marvel solo movies. It favors character exploration over big game changers. It’s intimate in the way some of my favorite BW stories are.

Leaving any Phase 4 Marvel project at this point #BlackWidow pic.twitter.com/Ds7o0VMvdK

In particular, fans are loving the performance of Florence Pugh, whose Yelena Belova character looks set to take over the mantle of the MCU’s Black Widow for years to come:

Florence Pugh is a superstar, David Harbour is a scene stealer, and Rachel Weisz is Rachel Weisz. Cast is *excellent*.

Will #BlackWidow crack your Top 5? Probably not. But is it a worthy addition to the MCU and a touching, propulsive farewell to a beloved character?

All I have to say is Florence Pugh was AMAZING in #BlackWidow pic.twitter.com/wd2XhoIOpx

Florence Pugh is currently receiving global praise from around the world for her debut as Yelena Belova in #BlackWidow pic.twitter.com/NpUZgLkbip

RELATED: The MCU Has Introduced Perhaps Its Greatest Character Yet — Throg, The Frog Of Thunder