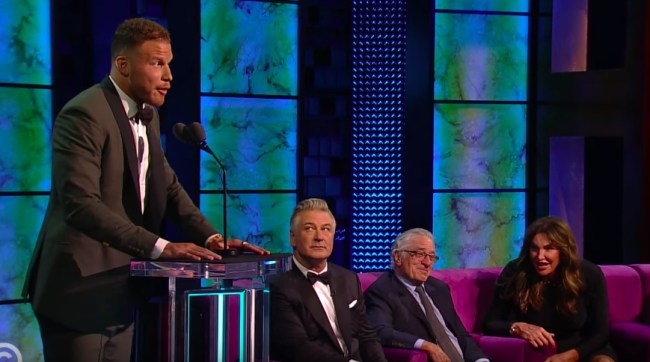 Alec Baldwin is the latest target of the Comedy Central roast, following big names who carry around a stench of controversy  like Pamela Anderson, David Hasselhoff, Charlie Sheen, and the President of the United States.

This clip of Blake hitting Caitlyn Jenner with three haymakers has guaranteed my viewership next week.

Joke 1: Caitlyn completed her gender reassignment in 2017, finally confirming that no one in that family wants a white dick.

**Context:** In 2007, a voicemail surfaced in which Alec called his daughter Ireland, who was 11 years old at the time, a “rude, thoughtless little pig.” The email was presented in court during Baldwin’s custody battle with former wife Kim Basinger, also told his young daughter that she doesn’t have “the brains or the decency as a human being.”

Ireland, who is now 23, claims a “permanent break” remains between them due to that incident and Alec appeared on Good Morning America in 2007 to reveal that the ugly incident gets thrown in his face every day. He added: “It’s a scab that never heals cause it’s being picked at all the time by other people. And my daughter, that’s hurt her in a permanent way.”

Can’t imagine he was too happy about that one. 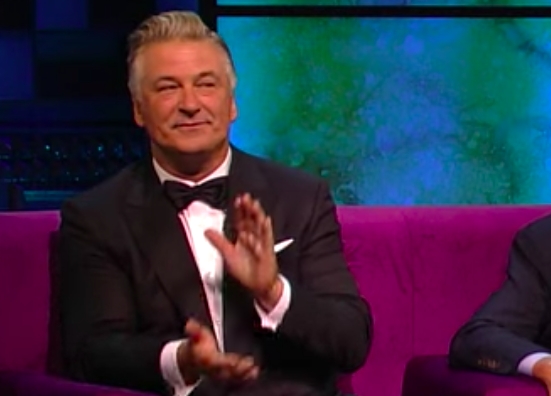 Ireland was one of the roasters and seemed to have taken the joke in stride.

“After years of giving verbal abuse, it’s finally time you receive some,” Ireland quipped (via Variety).

“It hasn’t been easy being the daughter of an iconic movie star, but I’m not here to talk about my mother,” she joked. “Or her Oscar. Or her continued respect in this industry.”

She continued by referencing her dad’s role in “Mission Impossible” saying: “‘Mission: Impossible’ is what I call getting my dad to apologize.” [via Fox]