Blink-182 Fans’ Minds Are Blown After Mark Hoppus Called Them Out For Incorrectly Singing Lyric To ‘What’s My Age Again?’ 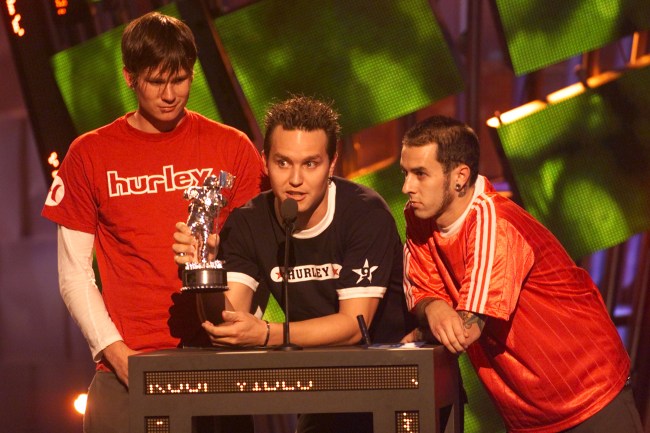 Anyone who owned a flip phone, an AIM screenname, and a Blockbuster membership card in their lifetime likely idolized Blink-182. No one whose portable music device didn’t pause when going over a speed bump could possibly understand the influence Blink had on an entire generation.

It’s almost impossible for anyone currently in their 30s to involuntarily sing the words to Enema of the State or Take Off Your Pants And Jacket. I don’t remember my dad’s birthday, but I can recall every lyric to Dammit and that its birthday is September 23, 1997.

Blink-182 bassist and co-lead vocalist Mark Hoppus recently made hundreds of lifelong Blink fans reconsider the way of the world when he tweeted out lyrics from the band’s 1999 hit What’s My Age Again?

Science fact: if you thought the lyrics were “I WALK ALONE to get the feeling right,” you are a Fake Fan™️.

Fans flooded Hoppus’ subtweets to shamefully reveal that for two decades, they believed the lyrics to one of the band’s most popular songs was: ‘I walk alone, to get the feeling right.’

The tweets became so ubiquitous, Hoppus, who wrote the song, had to weigh in and dub all of them FAKE ASS FANS.

Science fact: if you thought the lyrics were “I WALK ALONE to get the feeling right,” you are a Fake Fan™️.

The responses were entertaining:

Today I learned that I am a fake fan of the band whose poster I hung on my wall for 15 years. SICK!