A News Reporter In Illinois Was Shockingly Videobombed By A Boat Launch Fail, Sinking Truck 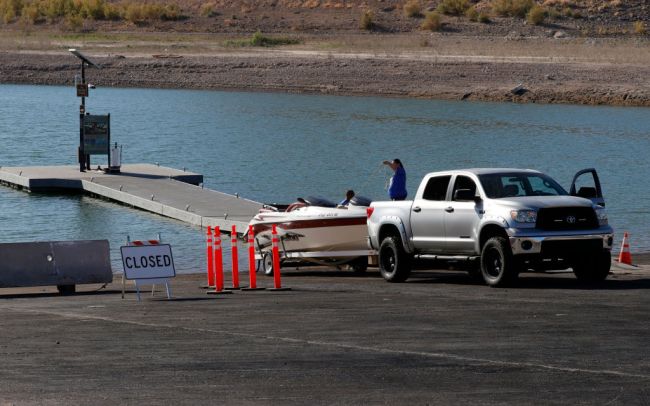 Jakob Emerson of WRSP Fox Illinois was at Lake Springfield in Springfield, Illinois for his 6pm hit last week when things took a unexpected turn. A boat launch fail in the background led to a hilarious (but also extremely gut-wrenching) video of a sinking truck.

Now this is a new one!

An entire truck sinking into Lake Springfield just as I was finishing my (unrelated) 6pm live hit.

Emerson was at the reservoir to report on an ongoing push to build a new lake in the city. There has been a lot of back-and-forth about the project.

Springfield argues that it needs a back up water source and more recreational space. Local water rights groups believe it would be catastrophic to destroy thousands of acres of forest and a waste of taxpayer money.

In the middle of his stand-up report on the topic, Emerson had an interesting backdrop. Over his right shoulder, a truck began to lower into a boat launch.

When Emerson had finished, he turned back to the water and gasped— the truck had slid further down the ramp and was submerged well beyond the wheels. He quickly cleared out of the shot and made sure his camera man was locked in on the truck.

my brother is a news reporter and got this on video. insta: @/jakobemersontv #fyp #fypシ #news #ChiliDogYumPlz #LiveFlowSweatDuet

The truck, which appears to be a GMC Sierra, quickly sinks below the surface as three flustered and frustrated individuals watch it go under. Fortunately, no on was in the truck.