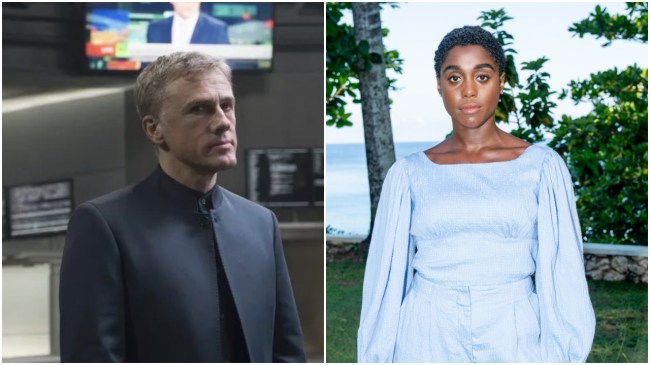 Bond 25 has seemingly been in production for the last decade.

While the most recent film in the Bond franchise, Spectre, came out in 2015, the number of headlines that have been attached to its sequel has made the release of Spectre seem like a lifetime ago.

There was Daniel Craig saying he’d rather “slash his wrists” than play James Bond again. There was Danny Boyle’s departure as director and numerous script rewrites. There was Craig’s ankle injury in May and the explosion at Pinewood Studios in June.

And yet, despite all these setbacks, the still-untitled 25th film in the James Bond franchise remains full steam ahead with a release date set for April 8, 2020.

However, just because the film seems to have finally found some productional traction does not mean it’s stopped making headlines, as two massive bombs were dropped this weekend in regards to Bond 25.

The first is that, according to Variety, two-time Academy Award winner Christoph Waltz will be returning to the film as iconic Bond supervillain Blofeld, which is a major win for the franchise as Waltz remains one of the best actors working today.

The second Bond 25 bomb was much bigger, though, as Daily Mail reported that Captain Marvel actor Lashana Lynch would be introduced as the next “007” in the film.

The story begins with Bond retired in Jamaica. But spymaster M – played by Ralph Fiennes – calls him back in desperation to tackle a new global crisis.

A movie insider said: “There is a pivotal scene at the start of the film where M says ‘Come in 007’, and in walks Lashana who is black, beautiful and a woman.”

“It’s a popcorn-dropping moment. Bond is still Bond but he’s been replaced as 007 by this stunning woman.”

“Bond, of course, is sexually attracted to the new female 007 and tries his usual seduction tricks, but is baffled when they don’t work on a brilliant, young black woman who basically rolls her eyes at him and has no interest in jumping into his bed. Well, certainly not at the beginning.” [Daily Mail]

Now, to all the non-sex-having fanboys out there who are currently in their butthurt feelings about this news, I’d urge you to re-read the report, as it indicates that Lynch will merely be taking over the moniker of “007” which does not automatically mean she will be the next “James Bond”.

The role of Bond has been rumored to be given to Scarlett Johansson, of course.