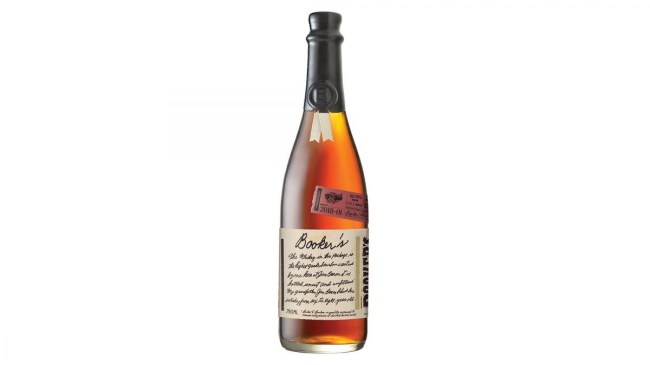 Booker’s Bourbon is a spirit that people get excited for and deservedly so. The small batch bourbon has been named as the “World Whisky of the Year” and founded by Booker Noe, Jim Beam’s grandson and sixth-generation master distiller who grew up in the heart of bourbon country — Kentucky. The first release of Booker’s Bourbon has been unveiled and this batch celebrates Kathleen DiBenedetto.

DiBenedetto started her career with Jim Beam Brands Co. in 1991 and helped maximize the company’s brands such as Knob Creek Bourbon, Basil Hayden’s Bourbon, Baker’s Bourbon, and Booker’s Bourbon. She learned every job at the distillery so she could be knowledgeable about all aspects of the bourbon business. “I’m thrilled to honor Kathleen as someone who has poured her heart and soul into our brands for more than 25 years, especially our super-premium bourbons,” said Fred Noe. “She is probably too young to be called a pioneer, but that’s exactly what she was back in the ‘90s. Kathleen is like the daughter Dad never had, and I know he’d be proud to name a batch of his namesake Booker’s Bourbon in her honor.”

“I’m humbled to have a batch of Booker’s named in my honor and to celebrate the many years that Booker and I worked together,” said Kathleen DiBenedetto. “He was my mentor and teacher – a challenging one at that – and over time, he became like family to me. Booker cared so deeply about his namesake brand, and I’m thrilled to have had the opportunity to gather with the Booker’s Roundtable to select this special liquid and share a few of my favorite memories with them.”

This year’s first release of Booker’s Bourbon named “Kathleen’s Batch” has been aged 6 years, 3 months, and 14 days. The high-end bourbon has a potent proof of 127.4 or 63.7% alcohol by volume. The spirit has tasting notes of “a nose with notes of caramel, vanilla, leather and floral honey. The finish is well-balanced with flavors of toasted oak and caramel for a rich, strong and sweet finish.”