Boris Johnson Just Had Another Child, And Wikipedia Can’t Keep Track Of His Children 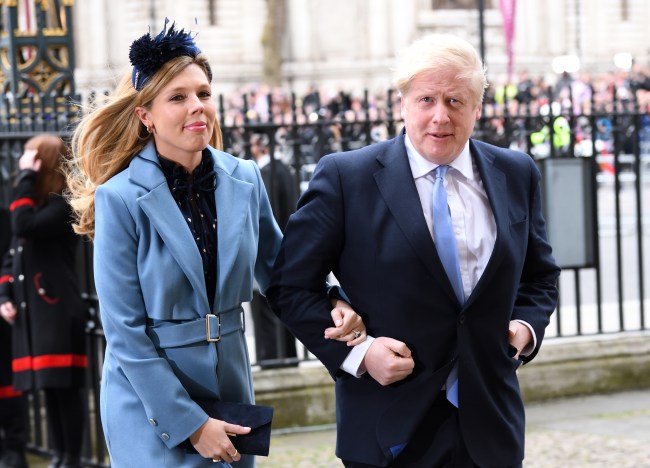 Saw the news that British PM Boris Johnson and his “partner” (British for fiancée? Maybe?) Carrie Symonds welcomed a baby boy to the world today. Congratulations are certainly in order. What lovely news for Britain’s leader, on whom I spent the morning reading up and diving down a majestic rabbit hole. As BroBible’s newly-appointed authority on all things BoJo, I can tell you that this guy is one of a kind.

Wikipedia doesn’t know how many kids he has. When you Google “How many children does Boris Johnson have?” the answer says “5 or 6.”

That result sources from Wikipedia, of course. But when you go to his actual Wikipedia page, it says “6 or 7.”

For a world leader as prominent and influential as Boris Johnson to befuddle both Google AND Wikipedia regarding his offspring is quite a feat. It’s like watching the highest stakes episode of Maury. At first I thought these massive information machines were hedging their bets with the 5/6 guess because they weren’t sure if they should add his new baby to the count. But then I saw the 6 or 7 estimate and you realize the machines just don’t know. Even Antonio Cromartie has a round number (14) on Wikipedia. In effect, Boris Johnson broke the internet.

In fairness to Wikipedia, Boris’ family tree is pretty dense and tangled. Affairs abound, as do two “terminated pregnancies” that served as the inspiration for a satirical play called “Who’s The Daddy?” (yikes). Give his page a read; it’s worth it.

What a month for the Prime Minister. From the ICU due to Coronavirus to welcoming a baby boy just weeks later. Stay hot, Boris!

Congratulations Prime Minister @BorisJohnson and @carriesymonds on the birth of your healthy baby boy! pic.twitter.com/pIHKqGbdlX