Latest Boston Dynamics Robot Video Is, By Far, The Most Thoroughly Chilling One Yet 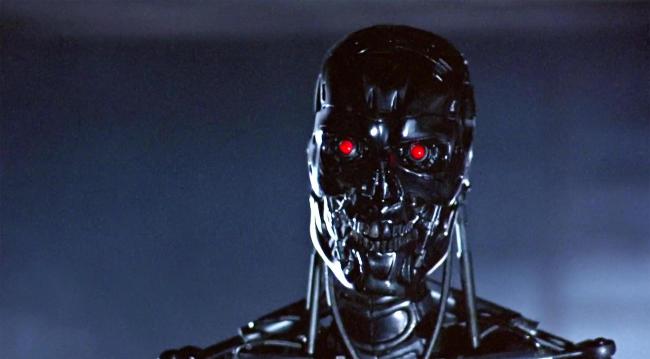 I come to you live from my desk in a generally speechless state. My mind is racing but the formation of sentences finds itself in a quite dissimilar shape. The problem is that I can’t keep track of my thoughts — whatever I was going to open this article with has long since left my mind, as I now find myself wondering if the very writing of this piece puts me on Boston Dynamics’ radar. If they’re as dystopian as they appear to be, they’re almost surely compiling some sort of list of early defectors. Potential John Connors, if you will. Leaders of the revolution, of which the milk stain from this morning’s cereal on my t-shirt can tell you, I most certainly am not (yet).

This is where we’re at with Boston Dynamics, in my humble opinion. How can we not be? We’re the internet generation — we, more than anyone, should know the dangers of the rapidly evolving technology that we find ourselves increasingly reliant on. We’re also the Terminator generation, as I’d reckon, I don’t know, 70% of the American population is, at the very least, aware of what the broad strokes of those films are about: robots uprise and overtake humanity. It’s almost as if James Cameron himself was sent back in time to warn popular culture about the threats of artificial intelligence. Why do you think he’s spent the last two decades essentially living underwater? Robots can’t get wet (do not fact-check this).

Imagine what AI powered machines will be able to do in the next 5-10 years.

As my father once told me — and as I hope yours once told you — if you’re going to get in a fight, swing first, and I can’t help but feel like we’re on the verge of that territory. I might have to go full high school mode on this two-steppin’ tin-man and invite it to the local Applebee’s parking lot to shoot the ones. Either way, I’m already six steps ahead of mini-Megatron over here: if I do die via mysterious blunt force trauma within the coming years, let this be the proof the authorities need to launch an investigation in any and all artificial intelligence companies because we are no more than half-a-decade away from a full-blown I, Robot reality.

Boston Dynamics has DoD contracts and this is their PR cover, like this isn’t cool. It’s very easy to imagine this robot body slamming protestors into the ground. https://t.co/DPdh8Q32Aq

Every time I see one of these Boston Dynamics robots doing something “cute” I say the same thing. “Now imagine it has a machine gun in each arm”. Its not dancing robots we’re looking into… we all know that don’t we? https://t.co/YGbUkV8bkA

a boston dynamics robot hitting a stanky leg on you after it guns you down for jaywalking https://t.co/RM6zV82rQi