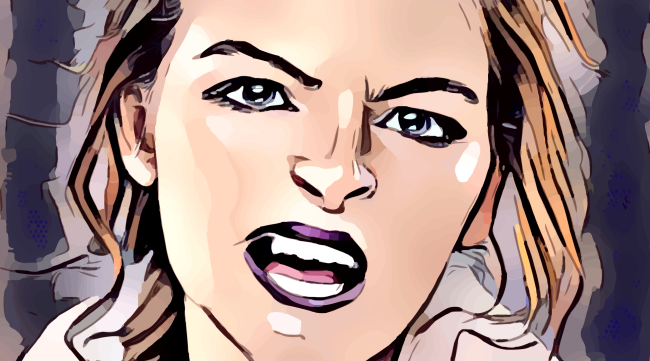 One of the many things in life that we humans love to listen to are stories about how bad someone’s dating life is. Not only are they usually pretty funny, they also make us feel better about our own past failures when it comes to relationships.

Thankfully, we all now have this thing called the internet where the worst of the worst dating stories are more often than not chronicled, in great detail, for our vicarious enjoyment.

See if you spot any red flags in the following tale from Reddit posted by a female entitled “First romantic weekend away with new boyfriend [24 M] and he sent me a spreadsheet breaking down cost of everything and exactly how much I owe him?!”

(You already spotted one didn’t you?)

First, she prefaces her story by pointing out that since the beginning of their relationship, since they are both professionals and make a decent living, she has insisted that they always split the cost of dates.

They have been dating for a few months, but only exclusively for the past three weeks.

She and her boyfriend are now preparing for their first weekend away together. Nothing fancy, just going to another town about an hour away and staying in a Airbnb.

She says he seemed “a bit hesitant at first” about the weekend away together and even asked “but what if we break up before the trip?” So, he obviously was having a hard time committing to making reservations and the like.

“I found this to be a huge mood killer given we are in the honeymoon phase of our relationship, but I told him that as the trip is only overnight, and relatively inexpensive (less than $200) it wouldn’t really matter if we just cancelled if it came to it – or I could take a friend,” she writes.

“A few days later I messaged him to suggest a restaurant I thought we could visit on the trip, and he said “very nice but super expensive as well” and suggested we got takeaways instead,” she continued. “So I dropped the idea, as it wasn’t worth fighting.”

Then he sent me a message explaining how he’d “broken down the cost of the weekend” so he could book the Airbnb, transport tickets and tickets to the tourist attraction. He’d attached a spreadsheet with our names in it, literally breaking down the cost of everything to the cent, with the final add up of everything telling me I owed him $167.99. I’m not tight with money at all, and would happily have just given him $200 to cover my share of the weekend (or booked some things each and let it all balance out) without the need to quibble over minor costs like this.

He’s an accountant so I get that he kinda does spreadsheets for a living, but this has ruined the vibe of the weekend for me. I’m his new girlfriend going on a romantic weekend away, not a client to send an invoice outlining every cent. It feels so procedural.

She then asks, “Am I right to feel this is weird/unreasonable? Am I right in feeling turned off by this?”

Here’s a taste of how readers of her tale responded…

I don’t feel like the spreadsheet is that big of a deal? He probably thought “hey, if someone told me that I owe $___ I would want to know where that money is going because that is what I do every day” and then made the spreadsheet for OP. pic.twitter.com/TDcDB3Rwox

The boyfriend has issues. I'm not sure what they are, but I am sure it's not your job to figure them out. He's anxious about losing money, anxious that he'll get stuck in an unfair situation--just way too anxious to be in a relationship.

Hahahaha I’m not an accountant but I do data analysis for a financial firm... I LOOOOOOVE stats & spreadsheets so I honestly don’t see the spreadsheet as the red flag that a lot of these replies say it is 🤣

Between the comment about the potential breakup and the overly detailed spreadsheet breakdown, I'd be out of there. pic.twitter.com/qKS7kixf2y

I love the overreactions to all these posts!

She's with him because she likes him so far - bear that in mind. He seems a bit of a dork and a worrier, but honestly there are much worse things. He probably just needs to chill out a touch.

Girl he's telling you he doesn't see this lasting. I've literally had guys insist on paying, then when they didn't get laid they wanted half 🤢 these guys see it as a waste of money when it's not getting them what they want. Going halves is cool but this is entirely too much.

people in the replies here just don't appreciate how romantic excel sheets are,

So where do we all stand on this? Do you appreciate his hustle in working the numbers? Or he is just doomed to a life of loneliness if he doesn’t change his ways?