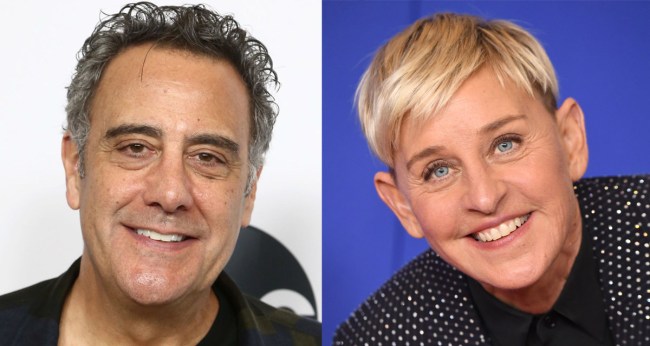 Garrett, who appeared on The Ellen DeGeneres Show six times between 2004 and 2007, fired off a tweet in response to Ellen DeGeneres’ apology to her staff for allowing a toxic workplace to fester on the set of her daytime talk show.

“Sorry but it comes from the top ⁦@TheEllenShow,” Garrett wrote, boldly tagging DeGeneres in the tweet. “Know more than one who were treated horribly by her.⁩ Common knowledge.”

Sorry but it comes from the top ⁦@TheEllenShow Know more than one who were treated horribly by her.⁩ Common knowledge. DeGeneres Sends Emotional Apology to Staff – Variety https://t.co/D0uxOgyyre

True story. It is.

One ex-employee stated to Buzzfeed News that they believed DeGeneres may have been unaware of the significant problems within the show’s workplace, but another claimed DeGeneres “She knows. She knows sh*t goes on, but also she doesn’t want to hear it.”

In DeGeneres’ defense, Scooter Braun, manager of stars like Justin Bieber and Ariana Grande, who have appeared on the show, tweeted that Ellen is “a kind, thoughtful, courageous human being.”

People love to take shots at people. They love to see people fall. How quickly so many forget. @TheEllenShow is a kind, thoughtful, courageous human being who stands for what is right and highlights on her show the best of us. She has helped change the views for equality…

Naturally, the Twitterverse, as usual, doesn’t know what to think.

We know you LOVE deflecting when someone accuses you of something, 🛴, but don't try to do it for others. No one is denying Ellen has done a lot for her community but that doesn't mean she can do no wrong, especially when people have come forward with their experiences.

Also, that doesn't mean you get to invalidate their experiences either. There's an investigation going on for a reason. Your public comment was pointless and could've easily been said to her in private.

So at what point does @TheEllenShow address Ellen's own treatment of staff & guests? I missed the part where she says if I made anyone feel uncomfortable, let me personally apologize. Until she owns her role I'm not buying it.

What does "treated horribly" mean? What's really strange here is that Ellen DeGeneres always ends her show with phrase "Be kind to one another"!