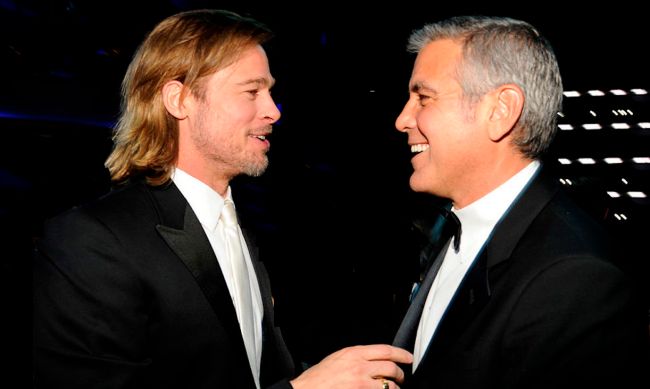 While our pop culture landscape is largely dominated by franchises, spin-offs, sequels, and reboots these days, every so often, a film comes along that recaptures what used to make Hollywood so special: movie star quality.

Just look at Free Guy, for example: granted, while the conclusive third act included tons of the franchise-ification that we’ve come to expect, the film largely got by on two things: a cool concept and a movie-star performance from its A-lister. That *used* to be how Hollywood did things and it’s becoming increasingly rare these days.

When a film does embrace the way things were and the way things used to be, though, it makes movie nerds like me all the more excited, as it reminds us that the days of original blockbuster filmmaking aren’t entirely dead and gone. And this project with Brad Pitt and George Clooney certainly counts as one of those movies.

RELATED: George Clooney Reveals The Prank Brad Pitt Pulled To Make Him Look Like A Snob

According to reports, the Academy Award-winning duo are set to star together in a thriller from Spider-Man: No Way Home director Jon Watts that’s launched a bidding war in Hollywood, with studios such as Sony, Lionsgate, Apple, Netflix, Amazon, Annapurna, Universal, MGM, and Warner Bros. all circling the project. While plot details are being kept under wraps, THR describes the story as “two lone wolf fixers assigned to the same job.”

At this time, it’s unclear when production on the project will begin as Watts is not only wrapped up in Spider-Man: No Way Home post-production and press, but he’s been tapped by Marvel Studios to helm their highly-anticipated Fantastic Four film, as well.

Following his Academy Award win for Best Supporting Actor back in early 2020, the 57-year-old acting icon has lined up quite the tantalizing production schedule: in 2022, he’s set to star in the action-thriller Bullet Proof from David Leitch and Damian Chazelle’s period drama Babylon alongside Margot Robbie.

As for Clooney, his latest film will be a directorial effort as he helms The Tender Bar, which stars Ben Affleck and is set to hit theaters on December 22.

RELATED: 57-Year-Old Brad Pitt Is Actually Doing 95% Of His Stunts In ‘Bullet Train’