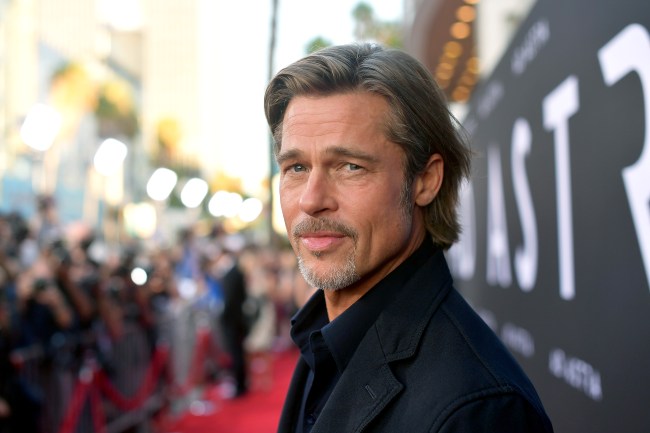 Fresh off of winning his first-ever Academy Award for acting (yes, that happened this year!), Brad Pitt had suggested that we may not see him back in a starring role for some time. A prominent producer these days, Pitt is certainly acting far less than he did a decade or two ago, but he still remains one of the world’s biggest and best movie stars, meaning that movie fans like ourselves want to see him keep churning them out.

After laying low for the last few months, Pitt has now signed on to his next project and it sounds like exactly the sort of movie that gets the hype going: Pitt has signed on to star in Bullet Train, the latest film from John Wick and Deadpool 2 director David Leitch. What’s the story of Bullet Train, you ask? Oh, it’s simple —  it’s just about five assassins on a train trying to kill each other. Brad Pitt in John Wick-esque action scenes? YES PLEASE. It’s been quite some time since we’ve seen Pitt in an action film, so if this is the beginning of his Liam-Neeson-mid-50s-early-60s-ass-kicking phase of his career, we should welcome it with open arms.

According to reports, Pitt, 56, will play “Ladybug”, who is “an American hitman who finds himself on a Tokyo train with a whole mess of his deadly colleagues.”

Leitch will direct the project, an adaptation of Kotaro Isaka’s Maria Beetle. While the Wickian energy is strong here, it’s being described as a high-octane blend of Speed and Non-Stop, which, yes, that is something we would like to see. As for the script, it comes from relative newcomer Zak Olkewicz, who penned that upcoming Fear Street movie.

THR characterizes the project as being uniquely suited for the COVID era, as it can be filmed on a contained set where it’s easier to abide by health restrictions than if it were shooting on location. As such, the plan is to begin shooting as soon as this fall. [via AV Club]

At this time, while Bullet Train has no tentative release date, production is set to begin this fall.