Are Bras About To Disappear Forever Thanks To Working From Home? 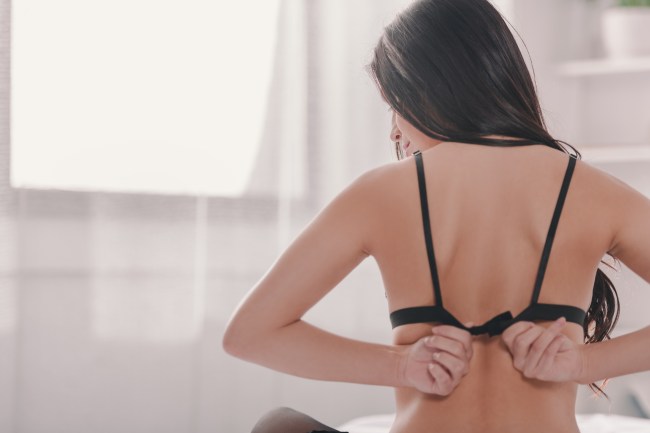 The Wall Street Journal published a great thought piece on the staying power of bras, and whether they have much time left in today’s society given the work from home situation:

WSJ– WORN A BRA LATELY? Both anecdotal evidence and sagging sales figures suggest that, in the era of WFH and its corollary, a repudiation of any hint of containment, many women are answering “no” to that question.

Some women don’t feel completely dressed without a bra. But for those like Daniela Polimeni, a Brooklyn television producer, the pandemic was the tipping point in an already fraught relationship. When the lockdown began Ms. Polimeni was staying with her boyfriend and his parents at the New Jersey home her boyfriend had recently bought from his mom and dad. “I wasn’t working, but I didn’t feel like I could not wear a bra because it wasn’t just us,” Ms. Polimeni said. When her boyfriend’s parents left, she added, “I felt like, ‘I’m free.’”

This piece sent my brain back in time, conjuring a scene of a suburban home filled with shag carpets, secondhand smoke, and fear:

“Where do you think you’re going?” growls an oppressive, guttural, male voice.

“To the store!” she responds nervously.

“Not like that, you’re not. Aren’t you forgetting something?”

And with that, she turns around and straps herself in, starting another long day of discomfort and readjusting. The husband’s watchful eye never wavers. He doesn’t miss a thing, even though he sits with his feet up on a poof, his eyes glazed from daytime television, drinking juice from the carton, becoming part of the furniture; a barnacle of misogyny, a road block to progress.

It’s a pretty outdated horror script, I hope. I just can’t picture too many of today’s husbands who:

Good lord, who cares?!?! We’re not talking about women going out and spraying milk from their nipples like some busted faucet. Let them wear, or not wear, whatever the hell they want. Their body, their choice. Duh. I’m not so naïve as to think this scene doesn’t exist anymore, but any man who would expect or demand that his wife/girlfriend wear a bra is a rotting dinosaur. Christ, we’re all barely holding on as it is. We might as well be comfortable.

But there’s a bit of a tit-for-tat here, pun intended. The death of bras should pave the way for me to wear extremely tight sweatpants and not worry that my fruit salad bulge is offending anyone. Or that they’re even looking. If I feel like running to get my frozen yogurt with my tackle smacking against the front of my pants like some weird tribal instrument, you better not gawk. No gawking allowed.

(Nobody has ever gawked at me.)

The evolution of the bra is a fascinating one. Get this:

Feminists also rejected the bra. In “The Female Eunuch,” published in 1970, Germaine Greer labeled it “a ludicrous invention.” Thirteen years later, Madonna upended that thinking, making visible bras a mainstay of her look, presaging the return of the structured bra in the ’90s—remember the Wonderbra?—and enraging older feminists.

Christian Dior observed that without foundations there is no fashion. He meant, in part, that the fashionable body is never the natural one. If women permanently give up bras (doubtful), that could change fashion profoundly. More likely, women will choose to buy bras that are less constrictive. As Ms. Polimeni said, “I’m not wearing one to make other people comfortable anymore.”

Bras were originally invented as a replacement for corsets. Understandably, feminists hated them. Who wouldn’t? But then Madonna started showing a strap here, a hint of a cup there, and they were back. Just like that. Because Madonna was that influential.

In a way, it’s a tale we’ve heard before. Something that was originally intended as a humbling or censoring thing is eventually adopted, and endorsed, by the very group that was forced to endure it for years. And then it becomes a symbol for that group because they’ve made it their own. It’s like cultural-self-appropriation. Or self-cultural-appropriation. Who knows.

In sum, women can wear whatever they want, obviously. Not that they needed our permissions whatsoever. And men can accentuate the contours of their marbles if they so choose. It’s only fair.