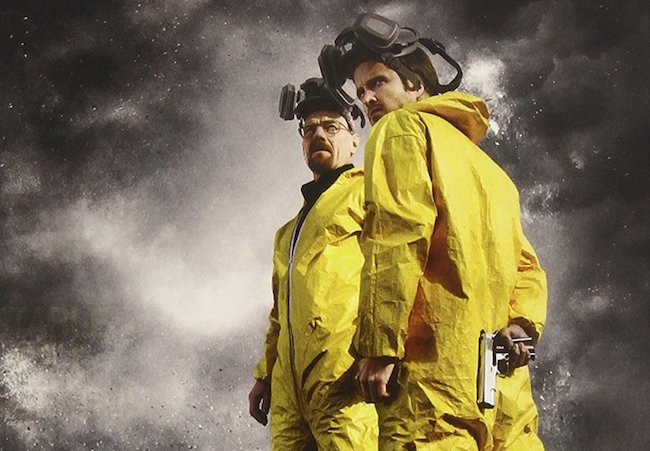 Breaking Bad is like Chinese food: no matter how much of it I binge on, I’m hungry for more moments after.

The neo-western crime drama, which was created by former X-Files writer and producer Vince Gilligan, ran for five seasons and ended gloriously in 2013. The immense popularity of the show spawned the Breaking Bad spinoff-prequel, Better Call Saul, which just been nominated for 23 Primetime Emmys and two Golden Globes and just wrapped up its fourth season.

If seemingly everything Gilligan touches turns to gold, Breaking Bad fans should rejoice at this news: a two-hour Breaking Bad movie is coming to the big screen.

According to the Albuquerque Journal and the New Mexico Film Office, the movie Greenbrier (unclear if this is a working title or the final) will begin production in Albuquerque mid-November through early February. The film, which will be the first project for Vince Gilligan after signing a three-year deal with Sony Pictures Television in July, “tracks the escape of a kidnapped man (Jesse???) and his quest for freedom.” Gilligan will reportedly write the script, executive produce and possibly direct.

Further details about the project have yet to be released, and it’s unclear whether the movie will be released in theaters or made for television or if stars Bryan Cranston and Aaron Paul are even tied to the project.

We’ll keep you bros posted as more details about the movie leak.