It’s Been Real, Bro: 2020 Is The Year For Breaking Up With Friends 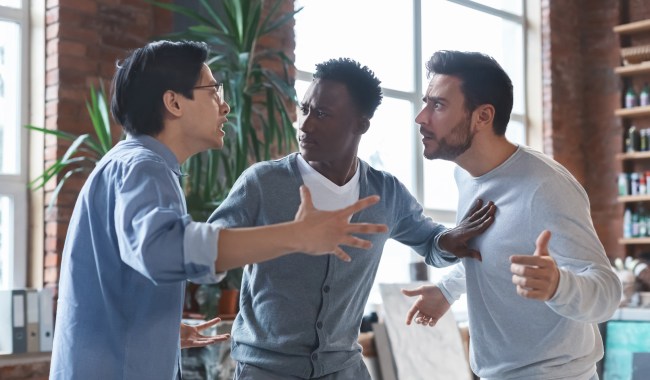 Back in the day, my dad used to say that I’d make a few great friends in my younger years, but that a lot of them would start slipping away around my coming of age. He said the buddies I had in high school would eventually move away for either college or work, then get married, start families, and try as we might, we just wouldn’t get to hang out as much anymore. Dad even suggested we might drift apart entirely and never see each other again. My boys would establish new relationships in their new world and so would I, and it would be those friends that I made in my adult years that would have the most longevity. What’s that the old man was saying? I had to make new friends? I thought my father was out of his goddamned mind. I mean, there was no way such a badass group of beer stealing, girl-chasing hell raisers was ever going to disband.

But that bastard was right — for the most part.

What he failed to explain, however, is that sometimes the new friendships we make later in life are very similar to the old ones. They just aren’t going to last forever. But unlike the friends we lost once upon a time because of life, lust and the pursuit of young dreams, we must sometimes jettison people in adulthood to keep intact our sanity and self-respect. If there is one cruel joke that the alien controllers of this rotten universe have played on the whole of humanity, it’s that everyone, while basically the same, is a completely different beast. We can connect with people on many different levels, yet that doesn’t mean that we’re always going to see eye to eye.

And it certainly doesn’t mean that we’re always going to be friends.

Listen, it’s not supernatural. Two people simply cannot stay together if they’re constantly drifting apart. It’s an ethos that makes sense to anyone who’s ever been in a romantic relationship that’s taken a turn for the restraining order. Yet, it seems strange to apply the concept of breaking up to our friendships. But come on, man, sometimes we need to trim the fat. I mean, we can only sit around talking about the “good old days” for so long before it becomes readily apparent that we have nothing else in common. We need more than yesterday to keep us coming around, to keep us invested in the connection before it gets driven right off the edge an into the sewer. If there’s no other commonality for us to stand on other than our starting point, then maybe it’s time to stand somewhere else. Sure, we might have shared a handful of amazing experiences with some really good dudes, but now we’re starting to realize that their politics suck, they have bad taste, and nothing more to offer us. Our friends come into our lives for a reason, but it’s only the ones that are nurtured in some way or another that have the ability to progress.

Unfortunately, that means some of our comrades will eventually lose a place in our circles. And it could just be because they seem to get more annoying, unstable or arrogant with each passing year. Who really knows why? It might be you, it might be them, but none of that really matters. You just need out. Because keeping those kinds of people around is a recipe for pain, misery and ultimately, the destruction of your personal happiness. And you’re not doing them any favors either. So we must reevaluate our relationships occasionally to figure out which of our friends are staying and who gets the boot. Here are ten signs that it’s time to tell them, “Yo! It’s been real.”

Look, life is too short for shitty friends. I don’t know if anyone notable ever said that, but if not, allow me to be the first. If we’ve learned anything from 2020, it’s that there’s no telling what’s coming next. Life moves in strange, uncomfortable ways, and it’s going to be rough out there nine times out of ten. So, there’s no reason to keep up the illusion anymore. If you’re sick of a friend’s shit and just can’t take another year of it, this is the perfect time to initiate the breakup sequence. You don’t even have to call them up and give them the “it’s not you, it’s me” routine. Just let the friendship fade away on its own volition. Let’s face it, it was headed in that direction anyway.