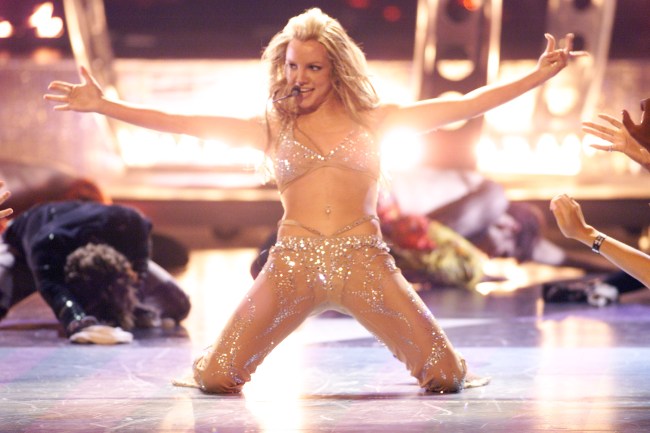 Yesterday, I wrote about remembering the little things — like a cold beer at the end of a long summer’s workday as you were living in your college town — and how those memories remind us that everything will be alright.

It was a tough day for me yesterday, as I — like you, hopefully (follow the fucking rules) — have been quarantined inside my apartment for almost two weeks now. And on top of all of that, my family had to put down our dog of 16 years.

To combat my Wednesday blues, I went off on a blog-tangent about one summer at Rutgers University. Thinking back on simpler times made me feel better. So, in an effort to keep up that theme of writing about things from the past that make me happy, today we’re going to talk about how next-level hot Britney Spears was in her prime.

Kids, if you weren’t around in the late 90s and early 2000s, let me tell you something: what a fucking time that was. People thought the world was going to end because computers didn’t know how to comprehend the change of millennia. There were these little plush doll animals called Beanie Babies that people were hoarding as if they’d one day magically turn to gold. Tom Brady was still in college. There was a CD called NOW that compiled all of the year’s most popular songs because the idea of an MP3 played was still years away. And Britney fucking Spears was just out here dominating. Dominating everybody. Breaking records and selling out arenas and looking like, well, this:

That was almost two decades ago, though, and times have changed.  However, just because Spears’ star has wained does not mean that her athletic prowess has, as she recently announces that she shattered Usain Bolt’s 100-meter dash record by a whopping four seconds (Bolt previous record was 9.58 seconds). Simply a remarkable athletic achievement. Amazing! Congrats, Brit!

Eric is a New York City-based writer who still isn’t quite sure how he’s allowed to have this much fun for a living and will tell anyone who listens that Gotham City is canonically in New Jersey. Follow him on Twitter @eric_ital for movie and soccer takes or contact him eric@brobible.comd