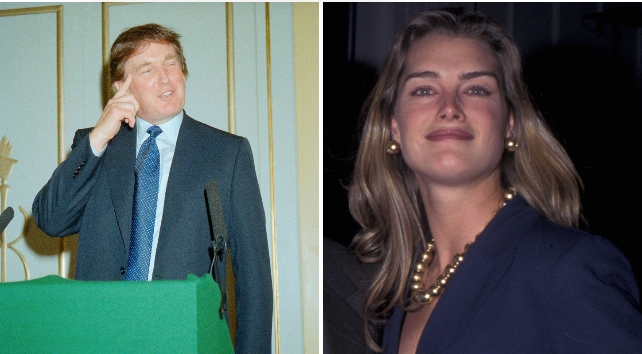 No swings, no hits. In a country of constant divide, I think both the left and the right can agree with that statement. #United.

Actress and model Brooke Shields appeared on Bravo’s “Watch What Happens Live with Andy Cohen,’ and revealed that the Leader of the Free World once shot his shot with her directly after divorcing his second wife, Marla Maples, in 1996. At the time, Trump was 50 and Shields was 31. Donald, you dawg, you.

“I was on location doing a movie, and he called me right after he had gotten a divorce and said, ‘I really think we should date because you’re America’s Sweetheart and I’m America’s richest man and the people would love it,’” Shields recalled.

The actress then told Trump, 70, “I have a boyfriend and he’s not going to be happy about it.”

He probably wouldn’t have been too happy about this either, Brooke. 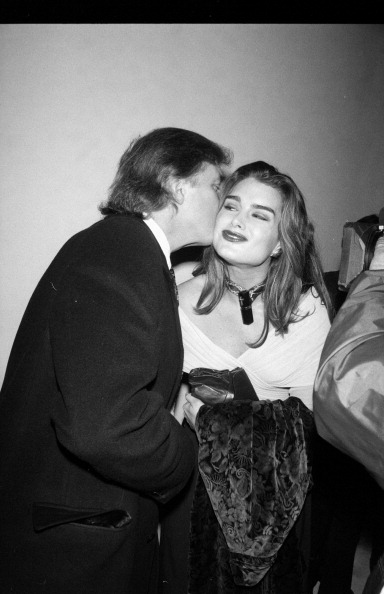 At that point, Brooke Shields was dating tennis icon Andre Agassi, who she married a year later and divorced two years after that. Agassi had made a routine call to Shields to admit to her that during the first part of their relationship, he had been addicted to crystal meth. This was after he revealed to her that he was nearly bald and had been wearing hairpieces most of his adult life (if you haven’t read Agassi’s autobiography titled Open, you owe it to yourself to do so. Shit is wild.)

But how about Trump’s pitch here:  Most of us would have gone with, ‘Hey, I’m reeling from a tough breakup and I’m really attracted to you. Would you be interested in grabbing a coffee next week?’

Instead, Trump went with the next best option: I’m rich, you’re popular, lets fuck. For the people.

Watch Shields spill the beans below.