One Of The Biggest Catfishes Ever: Woman Swindled Out Of $100,000 Thinking She Was In Romance With Bruno Mars 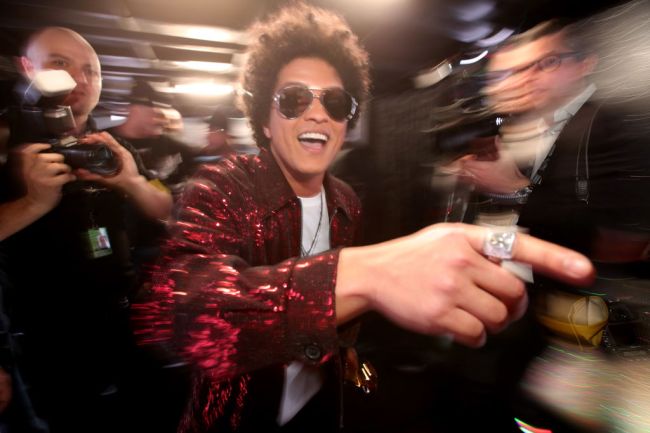 We’ve seen poor, innocent people get raked over the coals on the MTV reality show Catfish. Usually, the victims get fleeced by a liar from Ogallala, Nebraska, over the internet who stiffs them out of $172 and tickets to a Little Big Town concert. But one unfortunate woman suffered quite possibly the biggest catfish scams in the history of all catfish scams.

A woman reportedly was conned out of $100,000 by a man who she believed was superstar singer Bruno Mars. It was not Bruno Mars. Whoopsies.

Chinwendu Azuonwu, who was charged with third-degree felony money laundering last month, was taken into custody this week.

The fraudster pretended to be Bruno Mars on Instagram. For a month starting in September 2018, Azuonwu tricked a Texas woman into believing he was Uptown Funk recording artist. The Bruno Mars imposter convinced the woman that he wanted to have a meaningful relationship with the 63-year-old woman. As all 35-year-old all-world entertainers tend to do.

ABC13 reported: “Documents state the woman fell in love with the Mars account and at the time, she believed him to be the real singer because he had sent her multiple texts and photos of the artist while he was on tour. She also told investigators that he wanted to quit the tour to be with her.”

The Instagram account posing as the 24K Magic crooner started asking the Texas woman for money, which she obliged. Azuonwu allegedly asked the victim for $10,000 for “friend of the band” for “tour expenses. Then two days later, $90,000 was drawn from the woman’s bank account. Bookmark this article and come back to it whenever you are doubting yourself and think you make poor financial decisions.

The two checks were deposited in separate accounts, which were both held by Azuonwu and an alleged accomplice, Basil Amadi, according to court documents. Investigators used search warrants to discover $90,000 in Azuonwu’s bank account, which was reportedly drained down to a zero balance.

Azuonwu and Amadi were both charged with money laundering. Azuonwu’s bail was set at $30,000.

At no point did the Texas woman ask herself, “Why would Bruno Mars, who has a net worth of $175 million, need money from me?”