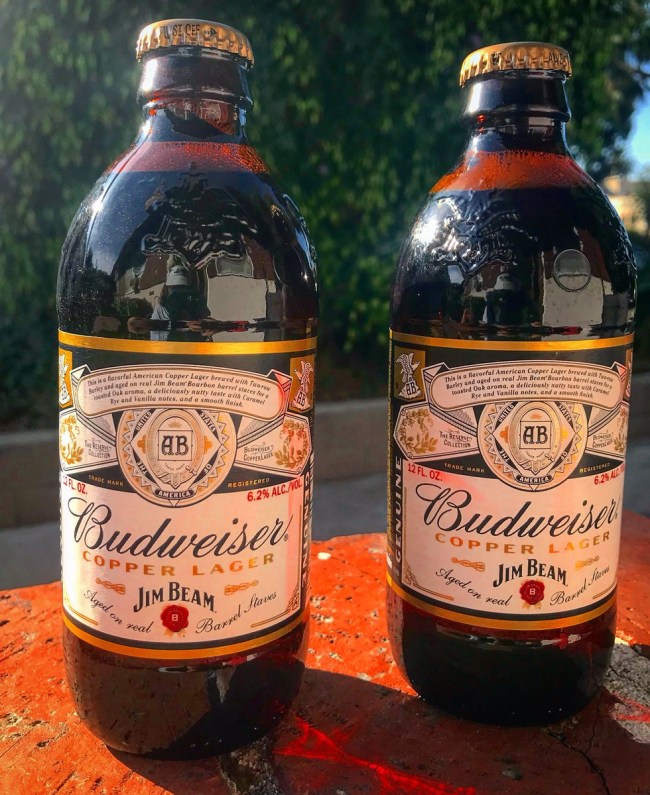 When Budweiser and Jim Beam announced they were joining forces to create a proper barrel-aged beer together, I knew I had to review it. As an individual, I love bourbon and I love beer.  Brewers have been brewing beer in bourbon barrels since practically the beginning of the craft beer movement in the ’90s. Yet quite a few bourbon-barrel beers rarely hit the mark. I’ve tried Kentucky Ale – one of America’s most popular bourbon beers – many, many times and it almost always feels like it’s missing the the mark when it comes to generating a truly unique flavor profile and malty excitement.

Budweiser and Jim Beam announced their beer collaboration to much fanfare earlier this year. When the news came out, I instantly thought of a short-lived Budweiser experiment into the craft beer game back in 2009 with Budweiser American Ale. That stuck around for about a year before it evolved into Budweiser Black Crown.

Both were heavily marketed at the time. Both had commercial spots in prime time to big football audiences. As beers, both had their note positives, but also left a lot to be desired to a craft beer drinker looking for something a little more wild on the pallet. Eventually, they were discontinued. Maybe Budweiser, the King Of Beers, just wasn’t meant to be in the ale game.

Loving beer is a complicated matter in 2018. There’s an persistent cultural war between independently owned and operated craft beer brands and big, legacy domestic brands, hungry to gulp up as much craft beer fridge space as possible with their massive distribution networks.

This has caused quite a bit of friction in the beer world, a world I deeply love. The friction is part of a major cultural shift in how America views beer: It’s not just the hazy, flavorless liquid that fills six taps in a dusty, dim-lit sports bar like Moe’s Tavern. You don’t just crack one open “to watch the game.” It’s an important and meaningful part of modern life across America. Breweries have become community centers around America – Centers for art, live music, socialization, and vibrant culinary flavors. Hell, sometimes even yoga. And people really enjoy being with other people, a pint of something delicious, fresh, and local in hand. 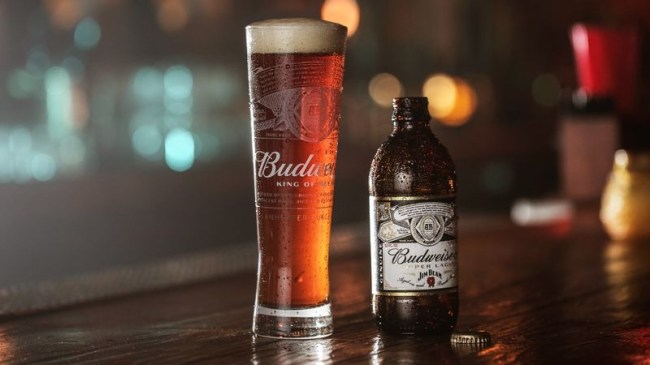 Big beer, of course, has noticed this cultural shift. It keeps losing market share year-over-year, doing whatever it can to compete and/or enter this new cultural dynamic that puts small breweries in the big time.

But all-too-often, that effort is done disingenuously and haphazardly, without valuing the true sense of what makes the craft scene special in the first point.

People draw their pitchforks and turn a suspicious eye when you enter a community only to exploit it for business interest. Those who treasure the community aspect of the craft beer scene can’t stand the values of a big company coming in to suck all the soul out of it. Beer lovers ready to drop $20 for a four pack of DIPA cans from their local brewery thumb their nose at more proletariat drinkers, even as they put down the light beer for something different.

But tastes are different. And high horses suck, especially in a brewing world with boundless flavors.

The Budweiser Jim Beam beer gets it right. For one, it takes a HUGE company like ABI InBev to actually collaborate with one of the best and biggest bourbon-makers in the world. No one else has the brewing capacity or distribution volume to make something like that happen. Second, the flavor of both of these products are familiar to most adult drinkers in America; two massive brands with instant brand equity in the hearts and minds of adults who enjoy a beer or glass of bourbon.

I can’t imagine how much A-B testing it took Budweiser brewers to master the Reserve Copper Lager. I’m sure plenty of attempts were scrapped for not getting it right. I wouldn’t be surprised if it took years – complete with final sign-off from master distillers at Beam.

And that is why Reserve Copper Lager WORKS. That’s right, even to a craft snob like me… IT WORKS. Unlike other attempts slapping the Budweiser name on an ale to emulate the craft beer thing, Budweiser Reserve Copper Lager is far from soulless beer; it’s brewed in a style that true to Budweiser’s actual identity. It stands on two legs without being a gimmick. 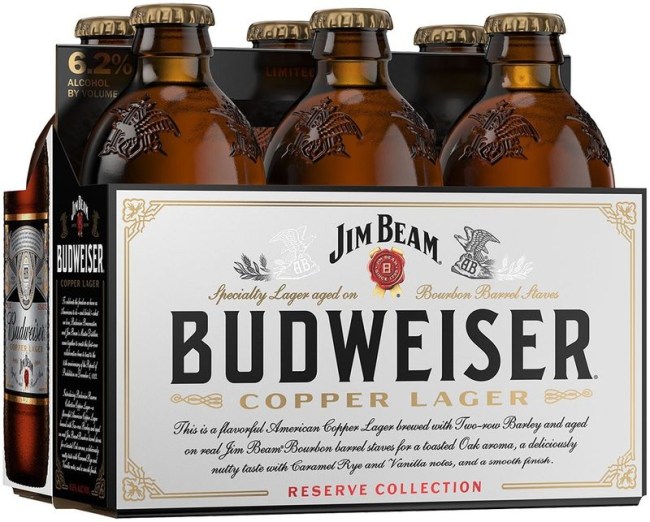 The big differentiator in the Budweiser Jim Beam beer – especially compared to other bourbon-beer collaborations – is style. It’s a lager, just like the Bohemian-style beer Adolphus Busch brought to St. Louis in 1876. Bourbon-lagers are practically unheard of in the craft beer world because no one wants to chill their brewing process down to make a proper, cold-brewed lager. But Budweiser Reserve Copper Lager also takes on the unique identity of the Jim Beam bourbon barrel staves that it ages in, giving it a rich, caramel malt with fizzy pop that a great light lager provides. The beer delicately whispers a delicious Jim Beam bourbon flavor to the pallet without having to shout that it was aged in a bourbon stave – Lots of vanilla and oak notes without overtaking the senses.

It’s priced affordably, so it deserves a spot on the shelf at the grocery store with other mass-produced, seasonal craft brews (…I’m looking at you, Sam Adams Oktoberfest).

But the real keyword in this Budweiser Jim Beam beer review is “Drinkability.”

You can knock down a couple of them when out eating wings, tailgating with barbecue, or just sitting around the house in peace on a Friday night, putting together a list of chores for your Saturday. And again, on the drinkability thing – Compared to all those high-calorie bourbon stouts, won’t feel like you’re a human blimp after drinking a Budweiser Reserve Copper Lager. That’s a big one for an aging soul like myself.

Try it while you can. Budweiser says it’s a limited-edition release, which means it’s going the way of the buffalo soon.

If you want to nerd out about beer with @brobible, hit me up on Twitter.