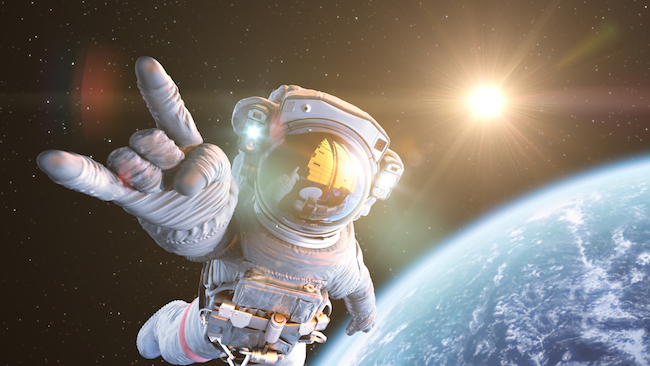 In the past few years, a bunch of billionaires have taken a number of steps to prepare for the day when Kim Jong-un is finally pushed over the edge by one of Donald Trump’s tweets and decides to spark an earth-scorching nuclear war. Members of the 1% have built luxurious underground bunkers (some of which require a rigid application process to gain admittance to) while others have built island fortresses on the off chance the end of the world ends up being due to a zombie outbreak.

However, I would argue there’s no one more prepared for Armageddon than Elon Musk. While there’s no way to prove my theory, I firmly believe that the real reason Musk founded SpaceX is so he can be the first person to peace out and head to his colony on Mars when the missiles start flying.

I’m not exactly sure what you do to pass the time when you’re stranded on a barren planet besides doing what you can to repopulate the human race, but if  Budweiser manages to get their shit together over the next few years, the colonists might also have the option to get very, very drunk.

Back in March, Budweiser introduced the idea of brewing beer on Mars at SXSW— an initiative they dubbed the incredibly misleading “Bud on Mars” project. Now, the brewery has helped fuel my theory by teaming up with SpaceX and taking the first steps to making their vision a reality by sending 20 seeds of barley to the International Space Station.

Here’s how Food and Wine summed up the trial run:

The first experiment will focus on how exposure to a microgravity environment affects the seeds in general, while the second experiment will specifically focus on barley germination to see if the seeds grow at the same rate in space as they do on Earth.

It will likely be a while before the lucky few people who are able to escape the Earth in time will get to imbibe on another planet, but I’m sure it will be worth the wait.