Budweiser Discovery Reserve Beer Review: An American Red Lager That Pays Tribute To The 50th Anniversary Of The Lunar Landing 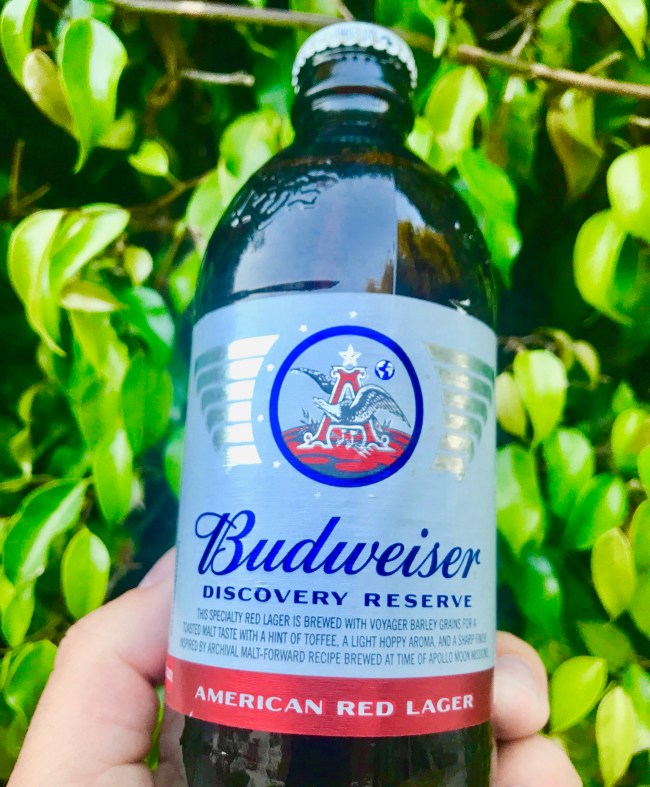 Sometimes it’s good to feel small. We humans have a tendency of growing a little too big for our britches. A too little consumed by our own ego and all the tunnel vision that goes into day-to-day existence. We forget the big picture until it either smacks us in the face or someone else paints it out for us, clear as day.

2019 marks the 50th anniversary of the first manned lunar landing. Generations later, there’s still nothing quite as humbling as looking up in the night sky on a clear night, moon ablaze, and saying “we’ve been there.” Journeying to a little space rock in earth’s gravitational orbit still remains humbling, terrifying, and awe-inspiring. The mere accomplishment of getting there and back, successfully, with the Apollo missions, is arguably humanity’s greatest concerto of physics, technology, and raw ingenuity.

Some food for thought about how damn hard it was to get astronauts to the moon: Last week, an Israeli non-profit attempted a Moon landing, becoming the seventh country to orbit the Moon and the fourth to reach the Moon’s surface.  Except everything went to shit just moments before touchdown – The robotic lunar lander suffered an engine problem, shutting down moments before touchdown. Ground control couldn’t regain control of the engine, causing it to smash into the lunar surface.

But first, before it smashed into the moon, it beamed one final pic back to earth:

Just received from SpaceIL communication team what appears to be the last image #Beresheet spacecraft managed to beam to earth before it crashed on the moons surface pic.twitter.com/yDx2ioZiXy

Teams of scientists worked on SpaceIL – the first private moon attempt – to make this mission possible. It cost about $90 million to develop the lunar lander, called Beresheet. Interestingly enough, only about $2 million of that budget came from the Israeli government.

My point: It’s fucking hard to get to the moon and back, which makes the accomplishments of the Apollo program from 1963 – 1972 all the most awesome.

If you’re lucky enough to still have grandparents around, just ask them.

In the past decade, Budweiser has celebrated American summers with a heavy lean into patriotism and good, old fashion Americana iconography. You remember the annual gimmicks: brazenly patriotic American flag cans, renaming the beer to AMERICA on the label, etc.

This year, Budweiser is celebrating the summer a little more subtly than summers of yesterday: Budweiser Discovery Reserve American Red Lager, a limited edition beer brewed in celebration of the 50th anniversary of the Moon landing. It’s a beer that “celebrates the determination of the American spirit.”

It’s a beer brewed by Karissa Norrington, a Budweiser brewmaster and former U.S. Air Force captain. Fittingly, Discovery Reserve is cosmic in all the right ways – The historic Anheuser-Busch logo has a red planet with the Earth in the background, just like you’re standing on the moon. Each bottle features wings and stars inspired by the original Budweiser cans. There are 11 stars around the AB logo, representing the Apollo 11 mission and “the alternating bottle caps represent both our footsteps on the Moon and our next frontier, Mars.”

If you’re to believe the marketing copy on the label of Budweiser Discovery Reserve beer, Budweiser’s latest limited edition release is brewed from an ‘archival Budweiser recipe” for an American red lager recipe that was penned around the time of the first manned lunar landing, Apollo 11, in 1969. 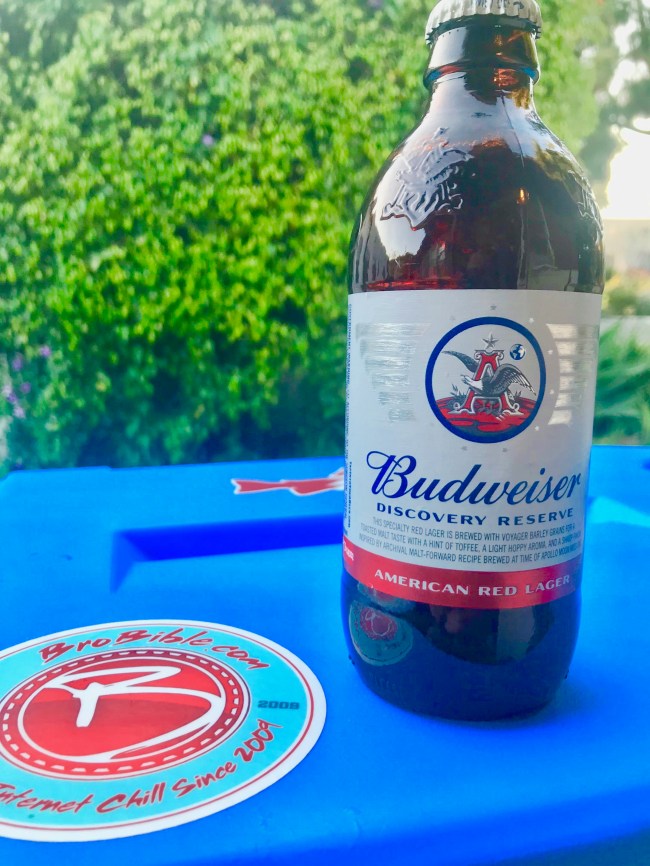 I got a chance to try Budweiser Discovery Reserve earlier this week. I wanted to experience the beer in my own little cosmic way, so I threw on Grateful Dead’s “Standing On The Moon” from JFK Stadium 1989 and stepped out on my front porch around 11PM, right as the moon was high above the trees.

Budweiser Discovery Reserve is brewed with a “medium-roast” Voyager barley malt which gives it a very light, hoppy taste and aroma. It’s more hoppy than I’d expect a traditional lager to be. The malt is smooth – Carmel was a distinct taste note in Budweiser’s Copper Reserve release last fall; A very light toffee is the undeniable taste experience in Discovery Reserve.

It’s a smooth, complex beer. I thought it tasted like a nutty brown ale, with the bonus tingle from hops.

It’s a tiny celebration marking one of humanity’s greatest achievements, marked when the Apollo’s lunar module, the Eagle, made successful touchdown on July 20, 1969. 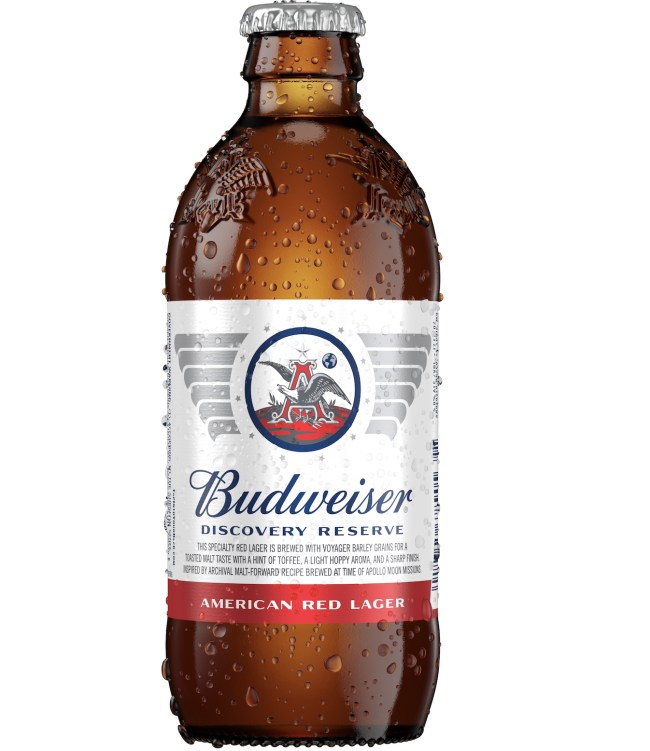