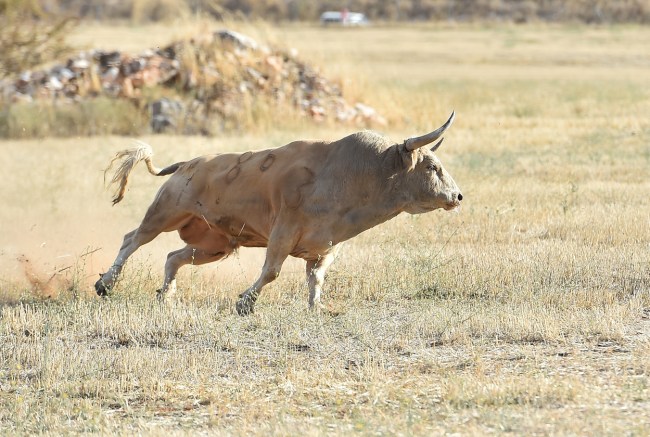 We take you to Gippsland, Victoria, in Australia where the Yarram Herd Services facility caught on fire in the middle of the night. At least 100 cylinders of cattle semen were destroyed when they were blown up. At first, nobody saw this coming, but soon everyone saw this coming.

Emergency services were called to the huge fire around 3:00 AM last Tuesday morning. There were 10 fire crews pointing their hoses at the inferno in an attempt to save the bull semen. It took over two hours to discharge the fire. Talk about a sticky situation.

Fire investigators on scene following a blaze that completely destroyed the Yarram Herd Services building last night. Cause of the fire is still being investigated. More on @WINNews_Gip #gippsnews pic.twitter.com/Kyx1X2phV6

Get a load of this, the firefighters had to dodge “projectiles” after a massive semen explosion (I saw “Massive Semen Explosion” open for My Chemical Romance at the Warped Tour back in 2005).

“Firefighters went into a defensive mode initially to protect themselves, because there were also LPG [liquefied petroleum gas] cylinders at the neighboring property, and they did a magnificent job,” said CFA District 10 commander Chris Loeschenkoh. “The liquid inside the cylinders was rapidly expanding and essentially the lids of the cryogenic cylinders were just popping off the top and projectiles were being thrown from the building.” A sharknado doesn’t seem so scary now.

Would you say this was bullkake or mookake? If any of the firefighters have ejaculate on their face, they could use facial-recognition software to try to find the original owner of the bovine spunk.

Yarram Herd Services’ committee vice-chairman Aaron Thomas said the loss of bull semen would be a “huge blow” for farmers because cylinders of bull semen are expensive.

“The actual cylinders are worth between $300 and $685 per unit, but the semen inside them varies in price,” said Yarram Herd Services’ committee vice-chairman Aaron Thomas. The wads of cash lost will be hard to swallow.

Yarram Herd Services has been providing herd testing, freeze-branding, consultation, and artificial insemination for 20 years. And you thought you were having a bad day.