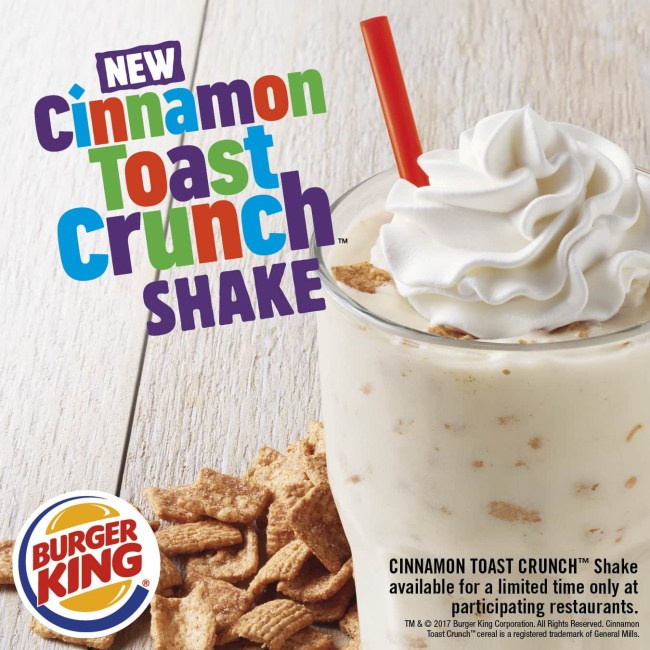 Burger King has dipped its severed diabetic foot in the cereal milkshake game, unleashing Froot Loops and Lucky Charms into shakes to a favorable reception. Most recently, the fast food chain is unveiling a Cinnamon Toast Crunch shake–blending together vanilla soft serve, syrup, and pieces of CTC. Why? Because why the fuck not. The shake will taste like “a cup of cinnamon swirl bliss,” per a press release.

Do I want this? Yes. Am I going to buy one? No. There’s a reason I don’t try heroin or let my girlfriend stick a finger up my butt, because once those paths are ventured down, there’s no turning back. One Cinnamon Toast Crunch shake leads to two, and before you know it, I’m freebasing sugar while my girlfriend bones me with a strap-on while wearing the Burger King crown. Before you know it, I’m in a room while my loved ones sitting in a circle reading letters about how I’m ruining my life while I stand because my balloon knot is still sore from getting drilled the night before.

I’ll just stick to getting stoned and sucking down a fountain beverage. Live above the influence.