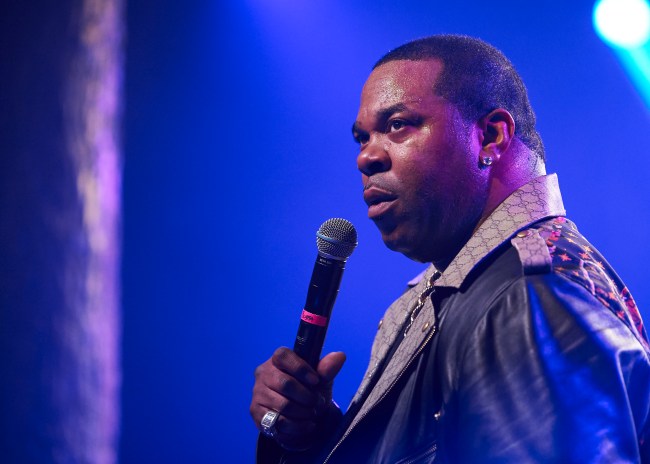 If Busta Rhymes is in a mood, it’s best for anyone and everyone in his way to just look at the floor.

A few years back, Busta made headlines by hurling a protein shake at an NYC gym employee after he told the rapper’s cameraman he wasn’t allowed inside without permission. Gym surveillance then caught Busta reaching over the desk, grabbing the computer monitor, and smashing it before yelling:

“You don’t know who I am! I’m Busta Rhymes! I’m the real n–ga! You’re a f–king f–got, you are a p–sy! You are a Mexican crossing the border to come to this country, I will f–k you up.”

Welp, the 47-year-old rapper reportedly engaged in another contentious interaction with a commoner on a British Airways flight about overhead storage space, according to a report from the Daily Mail.

Busta was traveling first class on board the British Airways overnight flight from New York to London on Tuesday, July 30. Busta was reportedly one of the last passengers to board the flight and came with FIVE carry on bags in tow. When he arrived at his seat, he became enraged that there was not enough storage space for his baggage, exclaiming: “Who’s got all their stuff in my locker?” Locker. Lol.

Witnesses described Busta as “agitated, aggressive, and rude,” while screaming at fellow passengers. A lady in her 20s reportedly got it the worst, with Rhymes demanding to know why she’d used his locker and ordering her to move her baggage.

The woman reportedly began to cry, and that’s when he husband grew a sack and intervened.

One traveler who wished to remain anonymous told Business Insider that they were delayed by around half an hour and that passengers were “very frustrated.” That had implications for some passengers…

We were on that flight and missed our connection to Mykonos due to the delay caused by @BustaRhymes We lost one full day of our vacation. Just not right. @British_Airways @AmericanExpress https://t.co/j5sPmh2Ngp

When the plane landed in London, Rhymes was reportedly met by police officers.